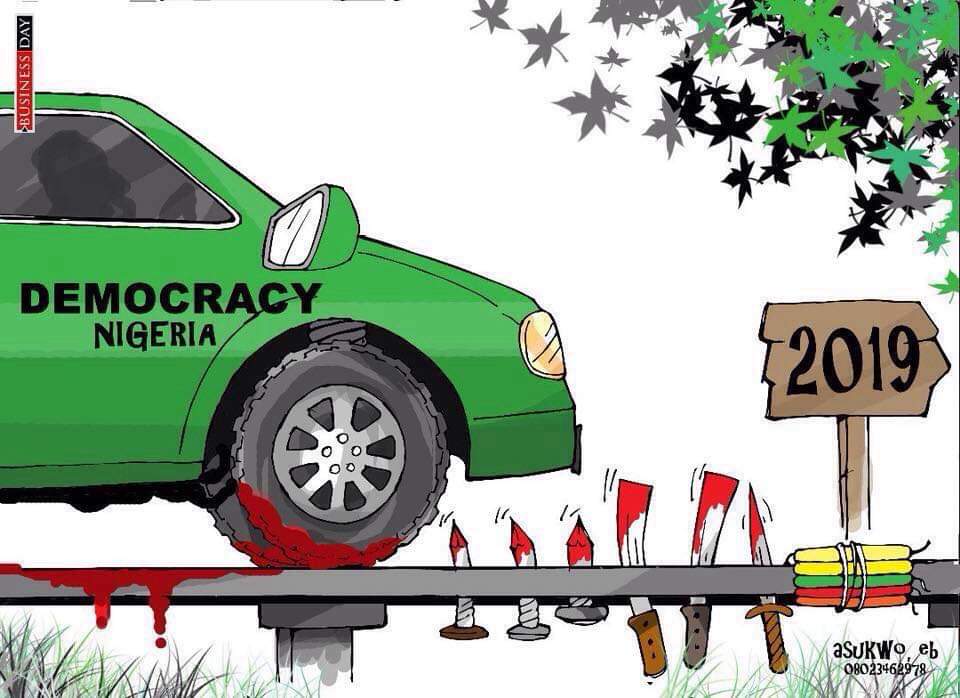 Let’s do a little comparison.

Those were the times before Recession, and when the economy was booming.

(According to Buhari’s fanatics when they juxtapose both administrations)

This is at a time when Nigeria is yet to recover from recession and when crude prices are still very low.

It will take N64 billion ( About $176 million USD) more of what Goodluck Ebele Jonathan used to conduct two general elections for “Saint” Buhari to conduct just one.

Remember Goodluck Ebele Jonathan is the most corrupt leader in the history of Nigeria according to Buhari’s standard.

A further breakdown shows that:

This is a war and no longer election, yet most of these people aided and abetted rigging in Ekiti state. They never batted an eyelid even when thugs snatched ballot boxes)

It has always been about animals in Nigeria, and never about humans.

Surprisingly, the budget of the senior citizens (Cows), was not included when the budgets of lesser citizens are in hundreds of millions.

From the above proposed election fund, you be the judge between Buhari and Jonathan who in deed is a rogue.