Snippets From Peter Obi’s Submissions At The Vice Presidential Debate 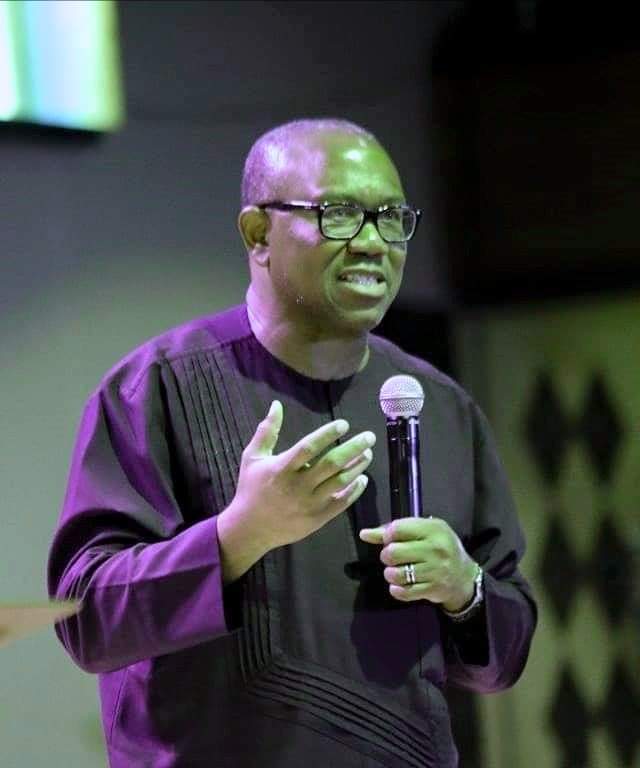 Photo : Peter Obi at the Vice Presidential debate on December  14, 2018

“What we are subsiding today is inefficiency. If you get it right, the prices still come down. There is no way a country can have a budget of N340bn for health, which translates to N5 a day for (each of) its citizens, and then pay a trillion for subsidy”

“There is no way you can have an education budget, which is the most critical component of the development at over N400bn and you’re paying subsidy of a trillion. It is a waste. You need to reverse it because you’re not dealing with the engine that will drive your economy tomorrow.”

“Everybody knows that a petroleum-driven economy is a baggage economy.”

“Why are you actually subsiding? Nigeria has one of the lowest car ownerships in the world. It is 10 (cars) per 1,000 (citizens).”

“So, we have over two million vehicles and you’re paying almost a trillion when you have 87 million people that are poor. You can’t do that. You need to reverse it and, I can tell you, if you do the right things, the price will come down.

“You are just paying for the delay in importation, the number of time cargos stay in the ports and so on. We can’t continue to pay for inefficiency in this country. I can tell that if you can remove it and do the right things, the price of petroleum will come down.”

Our country today has the highest number of out-of-school children in the world today. Our inequality has worsened, our misery index has worsened”

“In 2015 we generated $41bn in Foreign Direct Investment, but now, we attracted only $12bn last year. Even our stock market has lost over N2Trillion in one year.

“Fighting corruption is not an economic policy.
You can’t shut down your shop and be chasing criminals.
It is not that you cannot fight corruption but you can fight it more aggressively while addressing economic issues.”

“Currently, it is more expensive to bring out goods from Apapa port than it is to bring in goods from Europe.”

“We have lots of security issues today because we are currently unable to create jobs which other countries have created effortlessly.”

“Currently, we have a government that is doing what it is not suppose to do. The job of Government is supervision and to create an enabling environment for investments to thrive. “

“Manufacturing; No country that is doing well without manufacturing.
You need to support your SMEs properly NOT just say I will support them.”

“Bank loan is about 19 trillion but 0.5% of the loans go to SMEs, while other countries gives about 20%”

“As long as we don’t create jobs and have the number of unemployed youths in their productive age that we have today, we are going to have crisis,”

“The vice president has a role to play and the most critical role should be the economy.”

“The number one problem of the country is its economy and the vice president is in charge of rebuilding the economy and creating jobs for the people.”

“The Atiku/Obi Presidency is about making Nigeria work again.
Our administration will care for Nigerians, especially the youths to discourage them from embarking on perilous journey in search of greener pastures.”

On free trade zone:
“We will benefit more as we have the biggest market.
We will expand the manufacturing industry, so that we can export to other African countries.
We need to sign the agreement
There is no how you can be part of packaging and when it got to signing, you back out”

“We will invest more in STEM education.
We will aggressively invest In ICT, we will
Invest in future and not in yesterday.”

“Nigerian Ports Authority is the only such agency in the world that have office and guest house in other lands.
We should Allow them get the money from the capital market”

On foreign policy:
“We have a lot to give and offer Africa
It will be a win win situation, but we will not go about borrowing; rather we would learn what other countries are doing”

“I want to thank Nigerians and my dear wife for the support so far, especially on this journey.
Atiku/Obi Presidency is committed to make Nigeria work again.

“On March 16th, 2015, Buhari told us to chose our leaders if he fails to perform
The question is have they failed?”