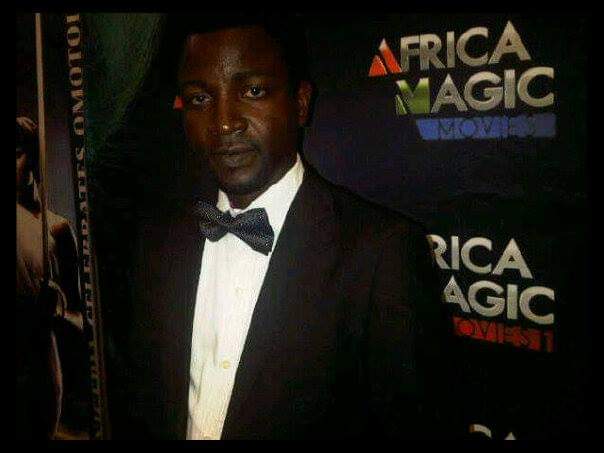 Continuation of the interview with the maverick Nollywood director, Omoba Oyebanji James.

ATN : Did your first movie open any door for you?

Oyebanji : It did to some extent because it was that same year I met with Amaka Igwe (late), at a gathering organised by Multichoice in Lagos. She requested to see my film. After seeing it, she got elated, marveled at my strength of directing and handling camera for the shoot. She immediately slotted in my name for the then MNET new direction (a competition for emerging film makers). But my admission to study theatre Arts at degree levels deterred me from partaking in the contest.

ATN : What area of film making would you describe as the most interesting to you?

Oyebanji : The entire process of film making is interesting to me. Like Richard Bare wrote in his book The Film Director, I quote “To understand fully the subject of Cinema is to delve deeply into the inner workings of the one who shoulders the greater responsibility for what reaches the screen. And this, most experts will agree, is the Director.” So in view of this absoluteness, I cherish every department of film making and its process. Just like a chef who knows the condiments required to make his food, so exactly is the Director. I am an auteur as stipulated by Francois Truffaut, who affirms that, I quote “movies were not group art, but rather the result of a singular authority over story, acting, and photography.” In view of this fact, Truffaut pointed the Director as the true author of a finished film, hence the auteur theory of film making… My indept training got me ready for the whole process which I value so much because every member of crew relies on your creative perspective in getting the job done. So it’s more like replicating oneself in each member of crew.

ATN : In Nollywood what have been the challenges facing film makers?

Oyebanji : The major challenge in the Nigeria film industry is funding. We don’t really have investors who are ready to get into the film business. Also, censors board is not helping our creative business as awkward rules are being churned out which is killing the norms of creativity. At times we feel it’s the fault of some Directors when gun is been triggered and hits a character without blood, little did I know it was censors board instruction .

Another area where we have issues are in the areas of proper application of shots, angles and above all lighting. Proper Production values are not considered in most of our films. Though, most of our film producers often alledge piracy as a major problem and that it must be eradicated. But I am of the opinion that piracy can only be controlled by the same producer who under-produce their film thereby giving room for pirates. In country of 160million population, how can a producer churn out fifty thousand copies and expect pirates not to massively complement their efforts? But for the evolvement of Cinema houses in Nigeria now, some producers who know the crux of the trade are smiling to the bank.

But another issue is that, most Nigeria Directors hardly tie their story to a certain film genre.

ATN :  As a film maker, who has been lecturing film directing in college for a while, where do you see Nollywood in the nearest future?

Oyebanji : True, that is another part of me, having taught Film Directing, Still Photography, Cinematography and Acting in Nigeria’s second largest Film Institute after National Film Institute, Jos, Pefti Film Institute owned by Wale Adenuga, MFR. I see Nollywood getting close to Hollywood, possibly dropping Bollywood to number two but serious work ought to be done. It is very obvious now that our Cinema culture is changing and the world is aware of Nollywood, hence the film “Black Panther.”

ATN : There’s news in the air that you just finished coordinating the production of  one of the biggest movies in Africa, and right now you are shooting another film project as big as you have done, could you please elaborate on that?

Oyebanji : The flick belongs to my Boss,Tarila Thompson and the movie is entitled “In The Creek.” It’s a movie that will mark a new Dawn in Nollywood, it’s a global feature length that commands the heavyweight stars in Africa and beyond. The little I can say about the movie for now is that, it’s a story that is close to our situation in Nigeria, especially the truth about the Niger Delta agitation and quest. Let me save the rest for the cinema. But trust me the world is waiting for “In The Creek” from Tarila Thompson.

The other project is a global popular story which is being adapted to the rich culture of Ile-Ife (being my origin) the cradle of Yoruba race and the shoot will also take place there though we are still at pre-production stage.

ATN : Please can you tell us briefly what the story is all about?

Oyebanji : For now we can’t let the cat out of the bag, all I can say about the story is that, it is an old wine in a new jar, just keep your fingers crossed as we are about to give the world a different flavor of what they are used to.

ATN : As a very big project, how much is estimated for the overall production?

ATN : Is there still room for sponsors to come in?

Oyebanji : Yes, there’s room for investors who intend to partner with us on this project coming from the stable of Effect Pictures Dynamic Ventures. Our Target is to hit Disney with our own version of what they are used to. We need to market Africa’s cultural values through film and that is the duty of a film maker. So, there’s is room for investors since we are still at the pre-production stage as I mentioned earlier.

ATN : Finally, what would be your advice to a struggling Nollywood film maker?

Oyebanji : My advise to a struggling Nollywood film maker is not to give up, against all odds he must find a way to make a statement with his art form of story telling, one day attention will shift to him, he must strive to re-school himself in the art of film making and know when to apply the principles of “Low budget,” “No budget,” and when there’s “Big budget.” Above all, he must read books and be patient in doing things.

ATN : Thank you so much for your time.