Diamond Bank : The Real Story Behind The Story 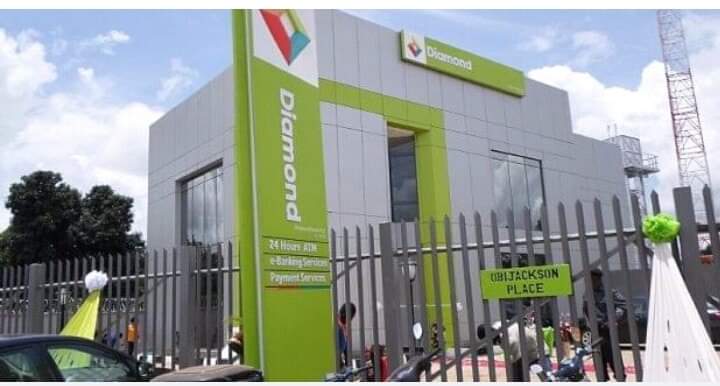 It is sad when people are not well Informed about about certain components that could have led to the acquisition of the bank at this point, sadly under the reign of Uzoma.

Granted, many people may have felt he was a bit casual in his management style.

But time and season play a lot of roles in events and unfortunately uneasy is the head that wears the crown.

From a financial standpoint and the political factors that contribute greatly to the lives of most commercial banks in Nigeria considering the fact that all of them do not practice real commercial banking here but mainly serve as depositories and short term traders, one must admit that within the reign of Alex otti between 2011 -2014, Diamond bank enjoyed alot of government patronage in terms of deposits from government parastatals.

Money flowed easily and the bank enjoyed huge FX allocation quota. That is not the case now under this new administration and since the implementation of single treasury account by the government.

As such, you can see he Otti had so much cash to file all the expansion drive the bank embarked on then.

Looking at the banks CAR (Cash Adequacy Ratio) an index that show a the banks liquidity versus her outstanding risk which mainly or a bank is non performing loans, it is obvious diamond bank can’t not make good these loans come 2019.

They either needed to inject fresh capital into the bank from investors to payoff debt at a much higher exchange rate or refinance (which is unlikely since S&P had recently downgraded heir rating) so the note holders would not welcome a refinance proposal.

These things happen all the time especially in this environment which a lot depends on political affiliation and relationship.

Diamond bank recently has not enjoyed a good rapport with government and like Skye bank and Polaris et al, it was only a matter of time.

Perhaps where Uzoma erred was not being sharp enough to seek alternative financing mechanisms, perhaps also their risk appetite wasn’t high enough. Or maybe he did all these things. We don’t know.

But definitely he shouldn’t be blamed like most people are doing.

The average Nigerian man does not posses this information so they will ignorantly think he squandered his father’s money, but in truth that’s not what happened.