Why We Booed Buhari – Nigerian Lawmakers 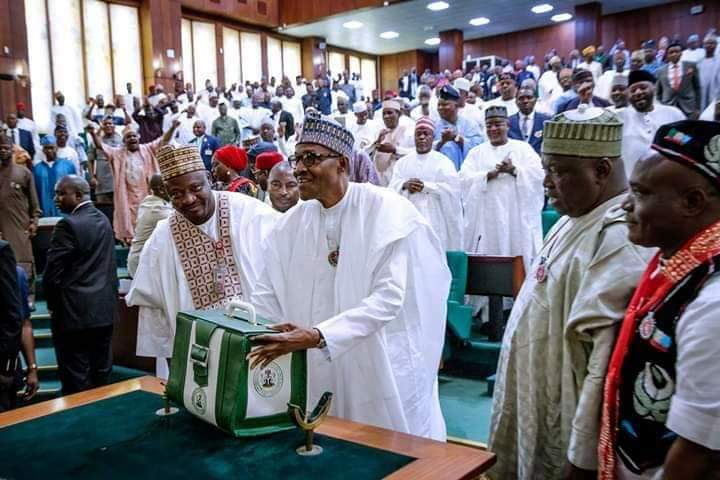 Photo : Buhari and the lawmakers

Members of the House of Representatives caucus of the Peoples Democratic Party (PDP) have given reasons for their protest against President Muhammadu Buhari during the budget presentation at the National Assembly on Wednesday.

Addressing journalists shortly after the presentation, leader of the group, Honourable Chukwuma Onyema, said poor implementation of the 2018 budget precipitated their action, noting that the executive resorted to selective implementation of their own proposal, but not what was approved by the National Assembly.

He frowned at the manner in which government is going about the implementation of the Social Investment Programme, which he said is tantamount to vote buying.

He said, “We condemned in entirety everything that has been presented, because you have not implemented even up to ten per cent of the previous budget, and now you are bringing another one.”

He, however, attributed the industrial action being embarked upon by the Parliamentary Staff Association of Nigeria (PASAN) to non-implementation of the previous budget.

Onyema said, the APC lawmakers are, “Trying to curry favour.”
The caucus said the President would not have come for this year’s presentation if he was to face questions on the implementation of the 2018 budget.