Nollywood Producers and Directors Give Their Support to NFVCB’s Director 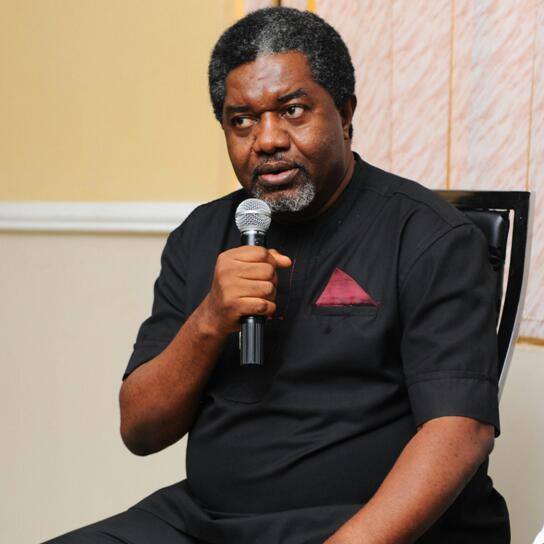 An evolving drama from the Nigerian movie arena, highlights major stakeholders of the industry swinging their weight behind the Executive Director of the National Film and Video Censors Board, NFVCB, Alhaji Adedayo Thomas, rejecting every norm of frustration instigated against him.

Adedayo who was arraigned in an Abuja Magistrate Court over an allegation of stealing a 500KVA power generating set on February 6,2017 and sold it for thirty million naira.

The group of stakeholders, led by Mr Ralph Nwadike , the President of Association of Movie Producers, AMP, appealed to the Minister of Information and Culture, Alhaji Lai Mohammed and his Ally to Wade into the matter by allowing Mr Adedayo to continue with his good works at the agency and also decisively deal with the petitioners.

Present at this gathering which held at Ojez were Mr. Tunji Oyetola, Vice President, Yoruba Film and Video Marketers Association of Nigeria(YOFIVPMAN),and Video Producers and Marketers of Nigeria (FVPMAN).
Gab Okoye a.k.a Gabosky and Nobert Ajaegbu(Esq).

Many believed that what Mr Adedayo is suffering for, was borne out of his raid in Alaba market which didn’t go down well with some members of the board, hence the conspiracy to rid him out of the board.