Senate President to IG of Police: You are the most partisan IG 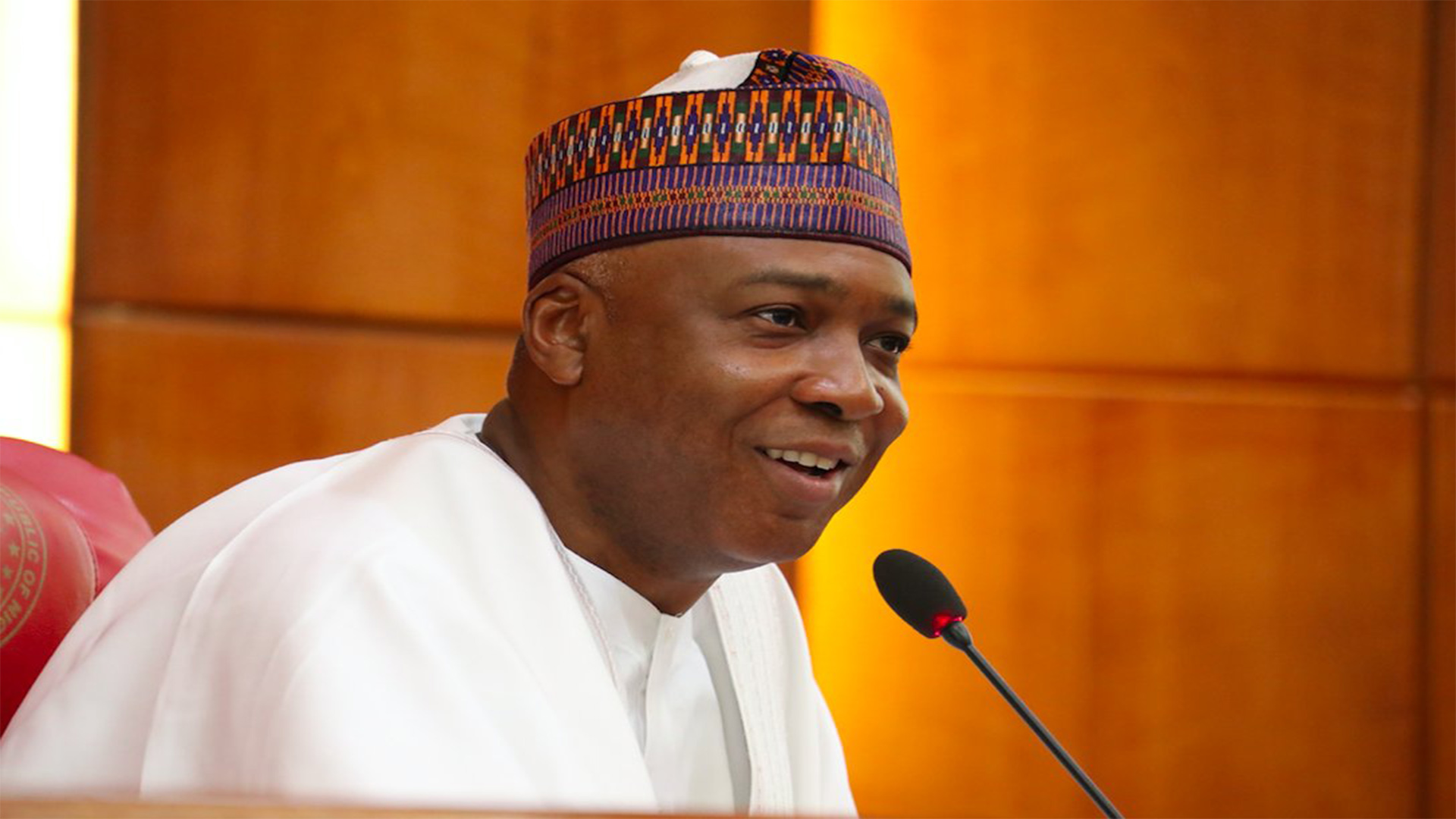 The President of the Nigerian Senate, Bukola Saraki, has lashed out at the Inspector General of Police, Ibrahim Idris, over the latest attempt to arrest a senator, Dino Melaye.

Mr Saraki in a statement by his Special Adviser (Media and Publicity), Yusuph Olaniyonu, described the invasion of the Abuja home of the senator as another instance of police being used to suppress the rights of the citizenry and silencing people with opposing views to the current administration.

Police on Friday laid siege to the house of the lawmaker in a bid to arrest him saying the senator was wanted for his alleged involvement in an attack on a police officer in June.

While the siege was on, Mr Melaye told reporters he was out of the city but was monitoring the situation.

But the police believed that he was hiding somewhere in the building.

Mr Saraki in a statement on Saturday said the timing of the invasion and the desperate attempt to arrest the senator was suspicious as the lawmaker had raised an alarm a few days earlier that there was a plan by the police to get hold of him and harm him, an allegation that was denied by the police.

He noted that the conduct of the police at the property, in interfering with power and water supply, manhandling domestic staff and disturbing peace in the neighborhood was unacceptable.

The Senate President said he believed the police were resolute in keeping the senator out of public ahead of 2019 elections.

He added that there was no formal request to the Clerk to the National Assembly for the arrest of Mr Melaye as claimed by the police.

“The general belief now is that the Police action against Senator Melaye was aimed at keeping him out of circulation so that he would not participate in the general elections coming in February.”

“The manner of invasion on his house is highly suspicious. This same man has been charged with sundry and needless allegations and he has attended the various court sessions.”

“He is also a candidate in the coming elections and therefore has no reason to run away from the country.”

“He was also present in the Senate for plenary, committee meetings and oversight functions till the Senate went on recess on December 20, 2018.”

“Though the police in their statement claim that there was a request to the Clerk of the National Assembly (CNA) inviting Senator Melaye to report to the police, my enquiry from the CNA showed that he had no such letter.”

“If there was an offence allegedly committed in July and the police waited till now, we do not see the urgency in the need to arrest him about six weeks to the election in which he is a candidate.”

“He could have been invited to report to the police on Monday. This desperation to haul him in is beyond normal.”

“This same IGP who refused to honour the invitation of the Senate for him to give information on the security situation in the country and rushed to the court to seek protection of his rights is now violating the rights of other people.”

“In the same manner, a Senate resolution to the effect that his security personnel that were withdrawn should be reinstated has not been obeyed.”

Mr Saraki accused the police of partisanship as no member of opposition is experiencing such treatment.

He also described the police boss as the most partisan individual to have headed the force.

“It has not gone without notice that Senator Melaye is a member of the opposition. We cannot remember any member of the ruling All Progressives Congress (APC) being treated in this manner.
Even the one who allegedly led thugs to forcefully seize the mace while Senate was in session, in the full glare of television camera, is still roaming the streets free without prosecution.”

“This method of digging out some old charges and allegations to arrest and incarcerate political opponents has presented this current Inspector General of Police, Mr. Ibrahim Kpotum Idris, as the most partisan head of the Nigerian Police ever in the history of this country.”

“We have continued to call on the security agencies to steer clear of partisanship and be professional in their activities.”

“This country is not a banana country. Nobody is saying the police should not do their work in the prevention of crime and enforcement of laws.”

“However, a pattern of creating trumped up charges, implicating those who have contrary views to the administration and employing crude tactics under the pretext of enforcing laws is unacceptable to us.”

“It is not because Senator Melaye is the victim this time around. This should not happen to any Nigerian.”

“We are disturbed that the administration remains nonchalant about this negative development by claiming that these excesses and anti-democratic activities of the police are proper and normal and that they do not want to interfere with the work of the law enforcement agents, but we all know these oppressive tactics of the police have something to do with the coming Polls.”

“They should vacate Senator Melaye’s house immediately, release the innocent domestic staff in his house who cannot be said to have committed any offence, stop the interference with utility services in his house and ensure that all their actions are within the ambit of the law,” Mr Saraki was quoted by the statement as saying.