Atiku Entered the USA as an ‘Aide’ to Saraki 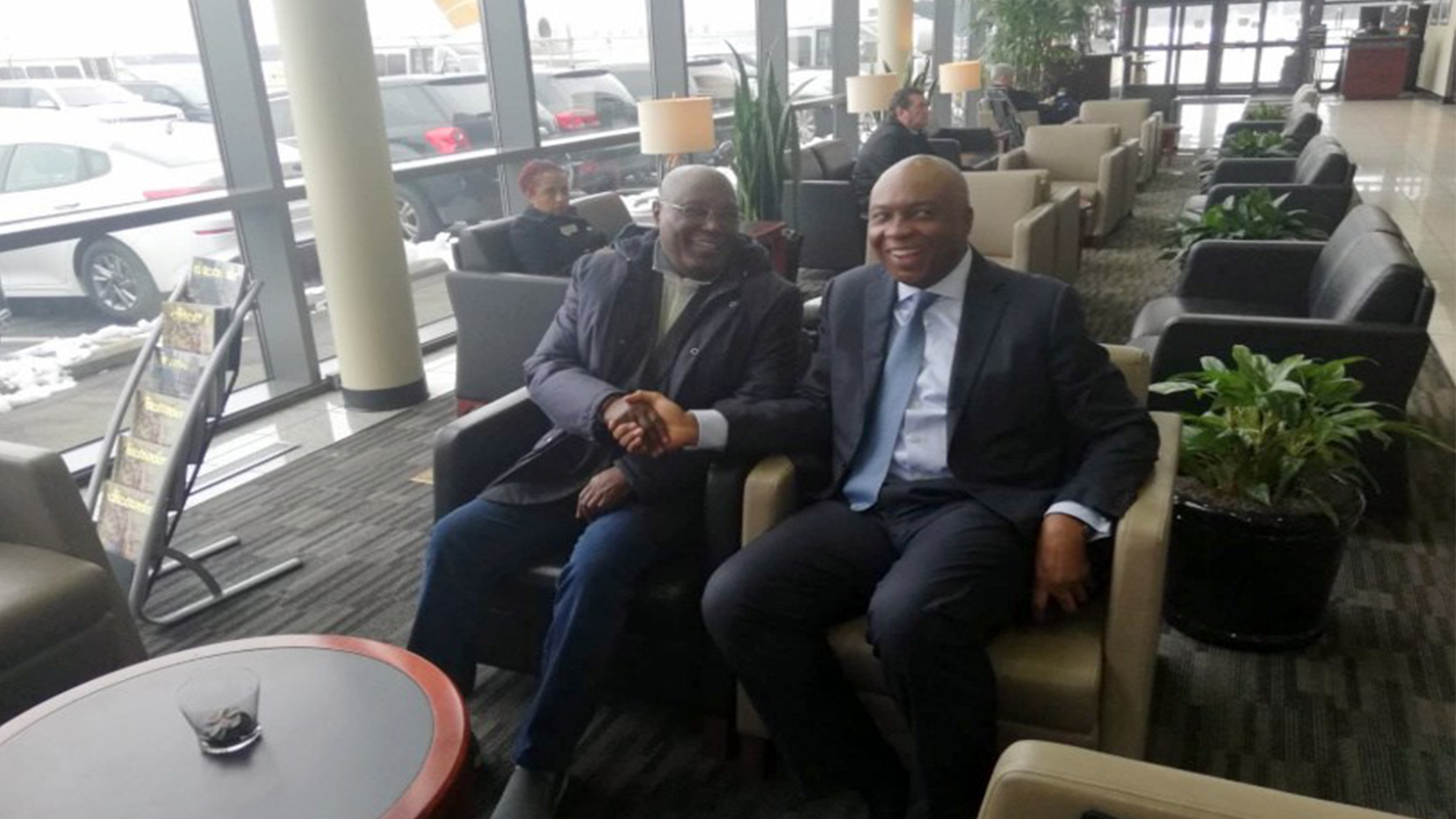 In a tweet by Lauretta Onochie, a media aide to President Muhammadu Buhari the Bureau of African Affairs which is part of the US Department of State and which is charged with advising the Secretary of State on matters of Sub-Saharan Africa said he was in Washington DC on diplomatic arrangements.

“We cannot apprehend Atiku because of our diplomatic ties with Nigeria, he’s being booked as an ‘aide’ to Nigeria’s Senate President,” AF said.

It would be recalled that Atiku who for 12 years was unable to enter the US following corruption indictment against him, arrived Washington on Thursday in company of Nigeria’s Senate President Bukola Saraki.

He is staying at the Trump International Hotel in Washington DC and is expected to attend several meetings with Nigerians in Diaspora. In a 2010 report titled “Keeping Foreign Corruption Out Of The United States”

the United States Senate PERMANENT SUBCOMMITTEE ON INVESTIGATIONS Committee on Homeland Security and Governmental Affairs chaired by Carl Levin named Atiku as one of four Politically Exposed Persons, PEP, to watch out for.

The subcommittee report narrated how Jennifer Douglas Abubakar, a US citizen and fourth wife of Atiku between 2000 to 2008 helped her husband bring over $40 million in suspect funds into the United States, including at least $1.7 million in bribe payments from Siemens AG, a German corporation, and over $38 million from little known offshore corporations, primarily LetsGo Ltd. Inc., Guernsey Trust Company Nigeria Ltd., and Sima Holding Ltd.

“Over half of the suspect funds, nearly $25 million, were wire transferred by the offshore corporations into US bank accounts opened by Ms. Douglas,” the committee report read.

“For most of the time period examined, the US banks with those accounts were unaware of Ms. Douglas’ PEP status and allowed multiple large wire transfers into her accounts from the offshore corporations.

“As, over time, each of the banks began to question the wire transfers into her accounts, Ms. Douglas indicated that all of the funds came from her husband and professed little familiarity with the offshore corporations actually sending her money,” the report added.

“Bank records indicate that Ms. Douglas used most of the funds placed into her accounts to support a lavish lifestyle in the United States, paying credit card bills and household expenses in the range of $10,000 to $90,000 per month, including substantial legal and accounting bills.

She also transferred funds to accounts she opened for the Gede Foundation, a nonprofit corporation she established in 2002, and the American University of Nigeria (AUN), a university that Mr. Abubakar founded in 2003, and whose name reflects its association with American University in the United States.”

“An additional $14 million of the suspect funds were wire transferred by two of the offshore corporations, LetsGo and the Guernsey Trust Company, to American University to pay for consulting fees related to AUN.

“American University officials told the Subcommittee that they understood the funds came from Mr. Abubakar and never inquired why the wire transfers were sent by unfamiliar offshore corporations. “At least another $2.1 million was wire transferred by the Guernsey Trust Corporation to accounts controlled by Edward Weidenfeld, a US lawyer who provided legal services to Ms. Douglas, Mr. Abubakar, and AUN. “Mr. Weidenfeld explained that the funds paid for the Abubakars’ legal expenses and an account set up for AUN, and that he had assumed the funds came from Mr. Abubakar.”