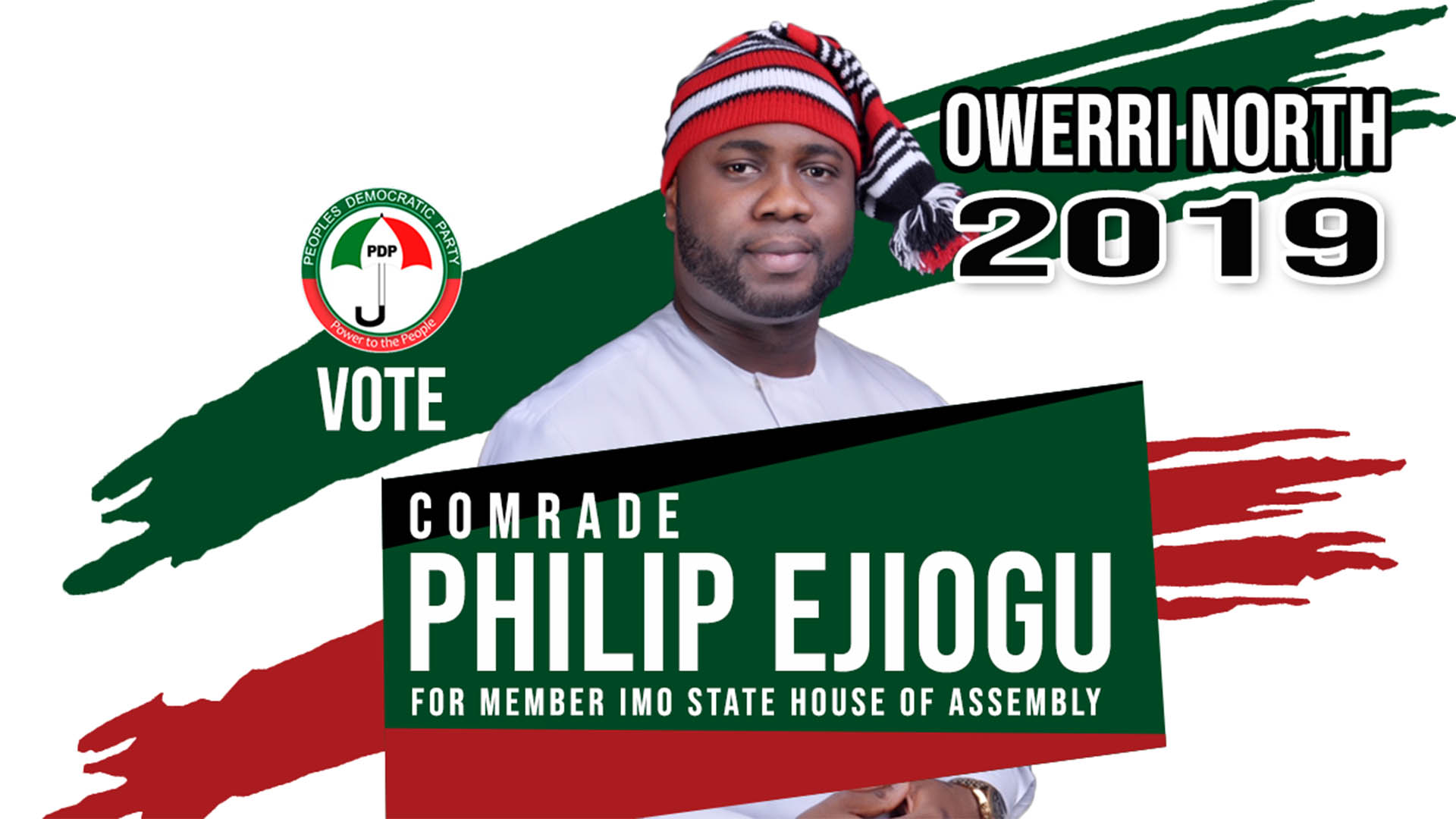 Comrade Philip, a first-rate trained electrical and electronics engineer turned politician made his manifesto known to his constituents yesterday, January 4, in a town hall meeting located in Owerri-North constituency, precisely Emekuku, which happens to be his home town. The meeting which was graced by the PDP’s gubernatorial candidate in the state, Sir Emeka Ihedioha, and other dignitaries including the former minister of aviation, and the women leader of PDP, Dr Kemi Chikwe, and Honourable Ezenwa Onyewuchi, a member of the House of Representatives, and a senatorial candidate of PDP in the zone.

Also, the event had an overwhelming crowd of supporters in attendance which witnessed a massive over flow to a point that Comrade Philip Ejiogu had to step out of the hall to address, and exchange pleasantries with those under the shades provided.

Comrade Philip, in his statement decried, the level of maladministration, Imo state is currently plunged into, and attributed it largely, to weak legislation which has failed to check the excesses of Owelle Rochas Okorocha, the incumbent governor. He unequivocally said, “What I stand to offer among others, is effective representation. I will never be some form of  ‘Rubber Stamp’ representative warming the chairs in our State House of Assembly, and that’s why I am asking for your support to make this happen for you.”

He further added, “I am committed to restoring honesty, integrity, and accountability to government.”

Africa Today News, New York gathered  from reliable, and unbiased sources in the Owerri-North constituency that Comrade Ejiogu commands an enviable crowd of supporters who are most likely to deliver him as the legislator to represent his people .

Though some people argued that Comrade Philip would have to contend with Mr Paddy Obinna, a candidate of Action Alliance Party, who is also pulling a large followership in the constituency. And basically, the contest would have to be between the two young men, who incidentally are kinsmen.

Irrespective of whatever tide, the polls might swim to, it’s a win-win situation for Comrade Philip who has recently made quite some maximum impact in the polity thus the political history of Owerri-North particularly, and Imo generally will forever stand to reckon with him.