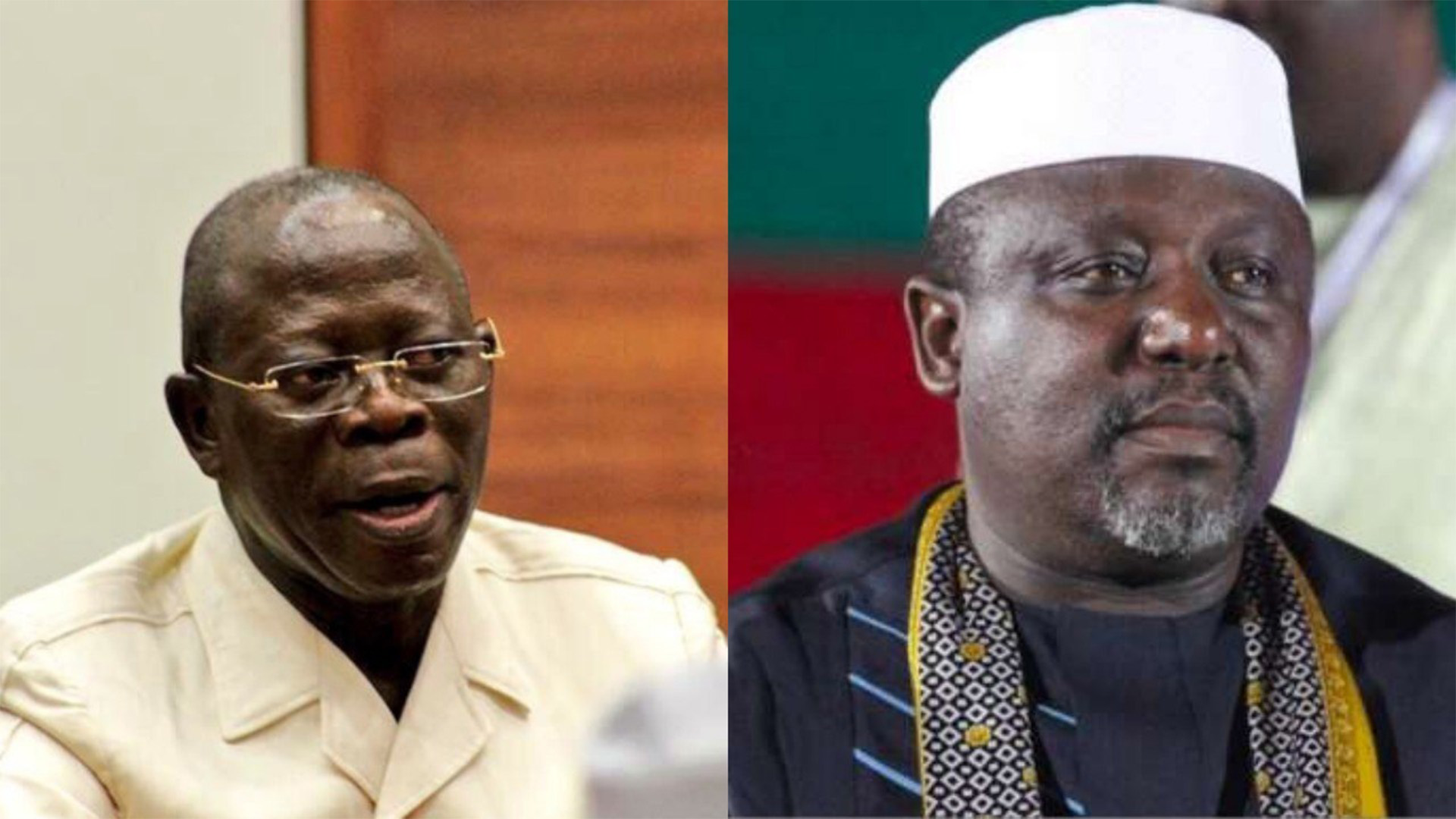 Imo State governor, Rochas Okorocha, is ruing his support for Adams Oshiomhole to emerge the national chairman of the All Progressives Congress (APC).

The Imo West APC senatorial candidate bared his mind yesterday at the Orlu Township Stadium, while flagging off his campaign.

Okorocha said the national chairman, whom he christened “Oshi and Ole”, has shown unreliable character.

“My finishing governor as is not a full-stop. It is a comma because after every comma, a sentence will follow. Those who are afraid of me politically have ganged up to fight me, including the person I supported to become the national chairman. That is why they brought Hope Uzodinma. He is not running for any election, but was only recruited to fight me in my Orlu zone.

“I am also running for the Senate election to attract a lot of things for Orlu people. You have seen what I have done as a governor. When I go to the Senate, there will be a massive difference. Nzeribe, Izunaso and Uzodinma had wasted the position for years, as there is no project they can boast of in Orlu zone. They were only interested in their pockets,” the governor said.

He challenged his rival in the All Progressives Grand Alliance (APGA), Senator Osita Izunaso, to present what he did when he served the zone for four years.

“I am very grateful to you all. I have never seen in my life a senatorial rally taking the shape of a national rally. The crowd here is intimidating and has humbled me. What I understand is that you are saying to me Rochas carry go; you are saying to me, go to Abuja.”