Dare Nigerian Army at your own peril – Monarch warns IPOB 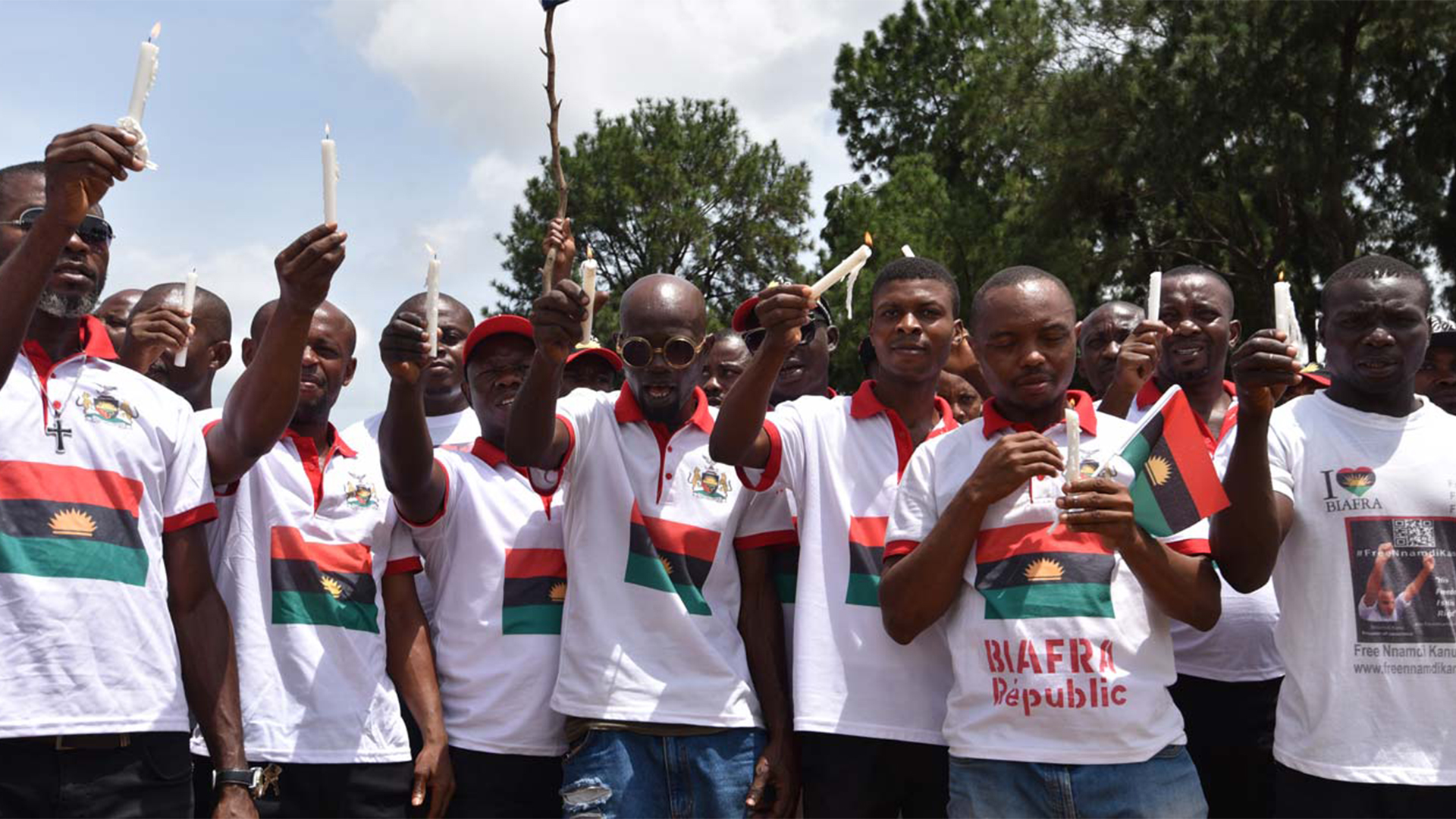 The Indigenous People of Biafra

A traditional ruler in Osun has called on a group, the Indigenous People of Biafra (IPOB) led by Nnamdi Kanu threatening to cause a crisis in the eastern party of the country to desist from daring the strength of the Nigerian Army as the general elections for 2019 get closer.

This was disclosed during a press conference by Oba Hammed Adekunle Makama, Tegbosun III with newsmen held at the palace of the royal father, Kuta Osun State.

The Oba described the Nigerian Armed Forces as an institution above ethnopolitical and religious ills adding that Nigerians should learn to show respect to the soldiers.

The traditional ruler appealed to political parties going to the poll on February 16 and March 2, 2019, to stop politicizing security issues being addressed by the Nigerian armed forces with politics in the interest of their parties in order to gain political mileage.

He also applauded the troops stressing that “I cannot but award a credit mark to our armed forces their journey so far in taming the hydra-headed monster known as Boko Haram terrorists. Our troops need our individual support and concerted support through prayers and positive comments” explaining that “A situation whereby their efforts are greeted with scornful remarks would naturally kill their morals and also incapacitate their spirit to fight and get desired results.”

The traditional leader further urged his counterparts in the eastern part of the country to live  up to their fatherly role and advice Nnamdi Kalu and his IPOB members to stop their unlawful activities against the Nigerian state saying” His regular inflammatory statements against the country are not needed at this critical time of our national life”. The Yoruba monarch said traditional rulers in the south-east should let Nnamdi Kalu see reasons to stop his call for a boycott of the election as a huge disservice to the people of the southern region and an effort to provoke the country.