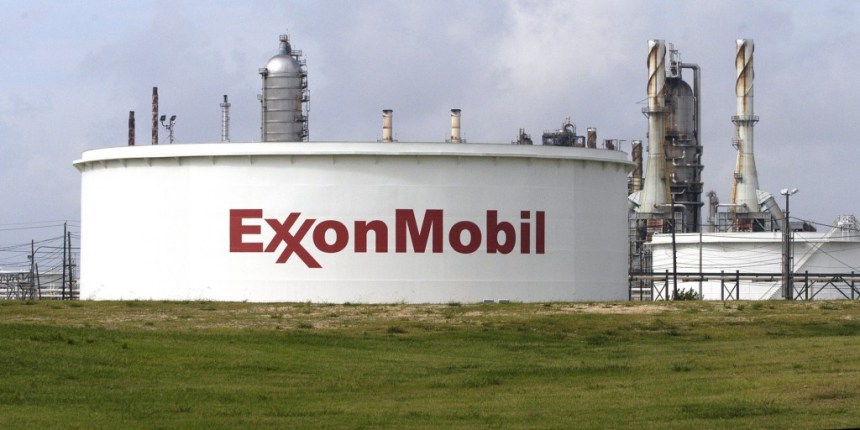 There are allegations that ExxonMobil may have resorted to anti-labour practices aimed at drastically excluding Nigerians from core activities in the company.

Sources alleged that the intention was to make the company a complete foreign firm in spite of its joint partnership agreement.

In fact, there are allegations that the company has resorted to activities that have continued to quietly eliminate its Nigerian employees and replacing them with hoards of new imports in disregard to Nigeria’s existing laws and development guidelines, thereby subjecting more Nigerians to premature job losses.

Findings revealed that the company, which is now inundated with several legal issues relating to this, is not relenting in its plot and has replaced its Nigerian security employees with a new arrival of over 30 foreigners posted within and outside the establishment.

It was further gathered that the current spate of replacement and termination were grossly against one of the Executive Orders recently signed into law by the President, among other things, seeks to enforce local content in procurement and employment among companies operating in Nigeria.

Checks also revealed that the company’s procurement department which determines and sources supplies, has been wrestled from its Nigerian management with a new foreign employee based in Angola and who also happens to be the wife of the CEO of the company’s office in Angola.

This also trails a stream of redundancy issues within the department as the source also alleged that Exxonmobil now sends its procurement requests to Angola for approval, a development that has denied Nigerians the opportunity to participate transparently in any bid process in the company.

Recently, Exxonmobil was mentioned in a case brought against it by some of its top executive employees at the National Industrial Court in Lagos, in an effort to address the worrisome development.

The case, which has been adjourned to March 4, was believed to have been intended to address all the perceived anomalies that had been construed by the company to dehumanise its Nigerian workforce through massive dumping of numerous unidentified employees and consultants from abroad.

The promoters of the suit were merely seeking a retrace by the company to toe the streamlined joint venture regulations and presidential order.

There was also a petition by the workers in November 2018, by its workers’ union, in what they referred to as ‘systematic depletion, de-Nigerianisation and intimidation of Nigerian workforce through special reviews,’ which they had demanded the company to immediately put an end to the exercise.

Indications are rife that Exxonmobil may find their position to continue business in Nigeria very difficult if by March some of these ugly developments fail to be retracted or addressed, as our sources revealed.

Furthermore, the source alleged that the company has removed the head of its Nigerian Legal Department and replaced him with two foreigners.

This development becomes so worrisome to Nigerians when such offices with local parlance like legal, security, procurement and government affairs are under the control of foreigners.

Energy sector experts said the development does not only put the Joint Venture Partnership under threat but further erodes the economy because of the allegation of largely padded bills and bloated costs that may become a case of capital flight.

Several attempt to reach the oil and gas company through telephone calls, email messages and visits to get its position proved abortive since December 2018.