NFF yet to pay for Super Eagles ceremonial outfit 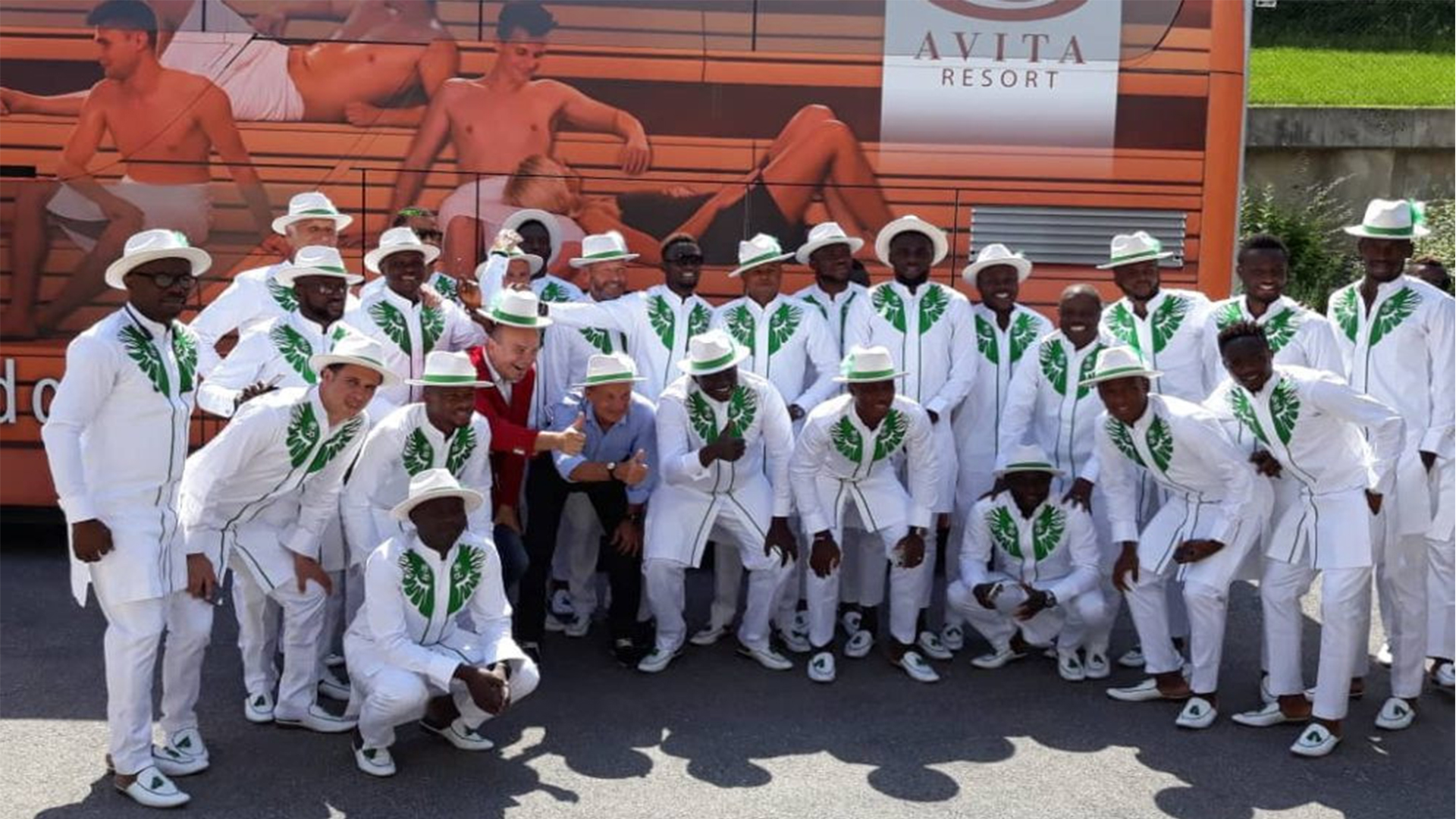 Gt Stitches, the designer of the Super Eagles of Nigeria’s ceremonial attire to the Russia 2018 World Cup, on Thursday accused the Nigerian Football Federation (NFF) of failing to pay for the outfit, nearly eight months after the Mundial ended.

The clothing brand’s CEO, Esimaje Awani, made the allegation in a post on GT Stitches’ Instagram page.
He said: “NFF refused to pay for ceremonial outfit almost one year after World Cup! This can only happen in Nigeria!!”

Awani, who did not say how much the deal was worth, accused NFF President Amaju Pinnick of avoiding him over the debt.

He said: “My brother Amaju has stopped picking my calls cos (sic) of this money. Someone at the office told me court is my only option!! What a shame!!”

Responding to a critic who criticised him for “coming out now to spill this”, Awani challenged the NFF to deny his claims.

He said: “Please, let NFF come out and say their part! I have not been paid period. Some persons might not be patient as I was on the subject matter.”

The Nigerian-Canadian designed the outfit last year and it received critical global acclaim.

The Super Eagles sent social media agog when they arrived in Russia decked out in the green and white local traditional attire complete with a green soccer ball printed on the collar, white loafers and boater hats.

These, alongside the jerseys designed by Nike which sold out in days in the United Kingdom, won Nigeria the best dressed team award at the Mundial.

There has been no official comment on the matter from the NFF.