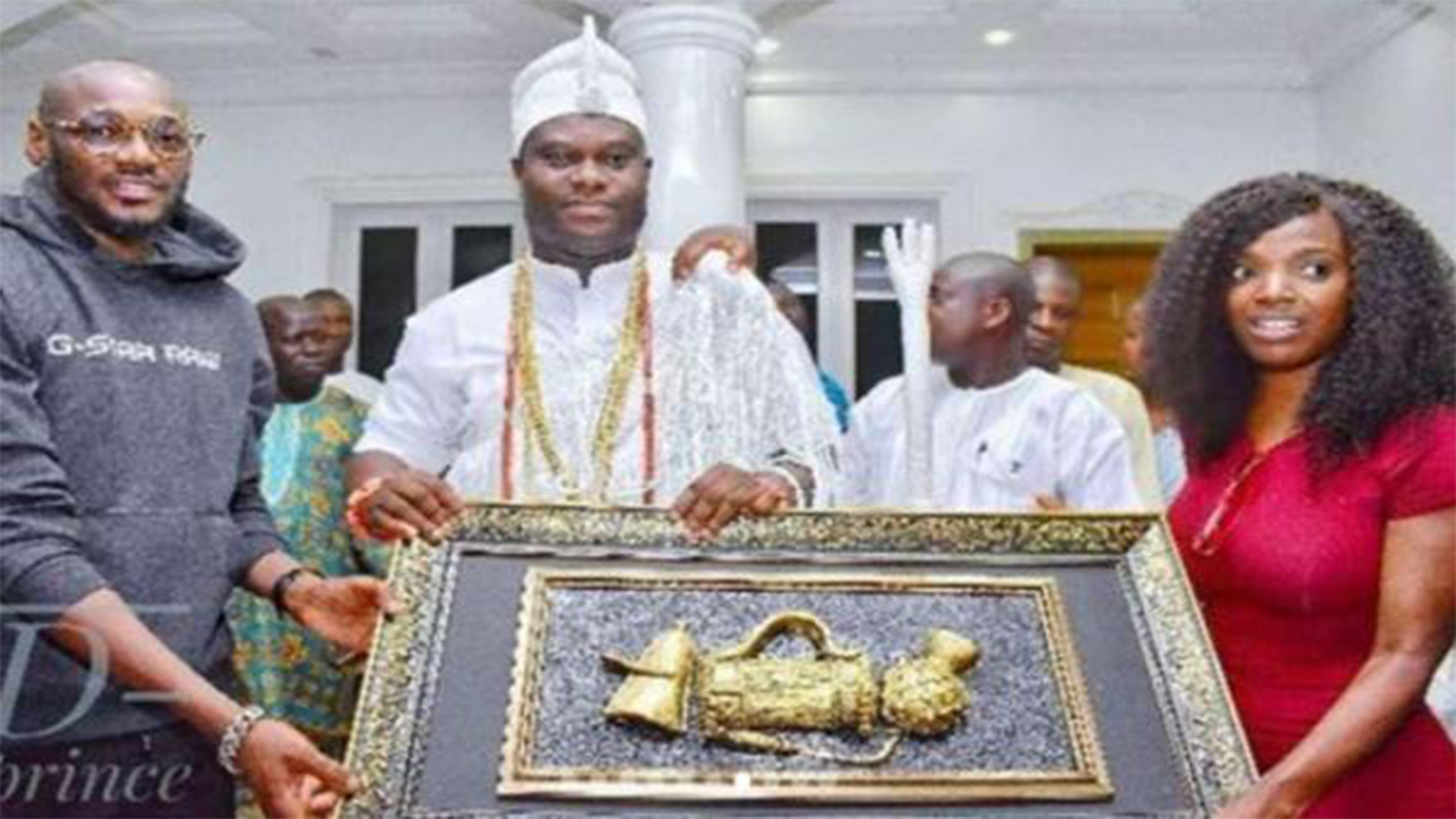 The Ooni Of Ife, Oba Adeyeye Enitan Ogunwusi has played host to Nigeria’s music icon, 2Face Idibia and his wife Annie, at his palace.

The Ooni of Ife’s official Instagram page posted a video of the visit of 2Face Idibia and his wife on Wednesday, where the king expressed his pleasure over the visit.

He went on to congratulate him on his award at the Obafemi Awolowo University.

“A great pleasure receiving TuFace, the peace ambassador to the throne of Oduduwa and his adorable wifey, Annie Idibia.

“I thank God for your giant strides in life so far, especially the fellowship award given to Tuface by the department of Music from the prestigious Obafemi Awolowo University (OAU); Congratulations!!!” he wrote.

The Ooni also announced that he has given 2Face Idibia a new name ‘Tubobo’ which according to him was because of his never-aging look.

“You are now also TuBobo; Annie, please don’t get angry about the new name I just gave your husband, it is because he looks much younger every passing day… I bid you greater successes in life. #OoniofIfe #Otisese,” he said.

The 43 year-old Singer, who is also a songwriter, record producer and entrepreneur had earlier been conferred with the award of the Fellow of the school of music by the Department of Music, Obafemi Awolowo University, Ile Ife.

The music icon, who has stayed relevant in the Afro-pop scene for two decades and one of the most decorated and successful Afro pop artists in Africa was honoured at Igbinedion University in 2016.

He has released several albums including; Face 2 Face, Grass to Grace, The Unstoppable, Away and Beyond, The Ascension.