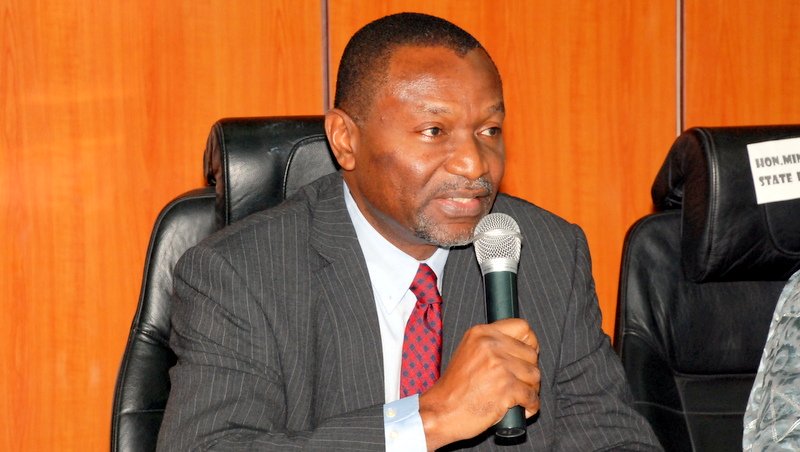 The Minister of Budget and National Planning, Sen. Udoma Udo Udoma, on Wednesday in Abuja allayed fears over the oil price benchmark for the 2019 budget.

There have been concerns by stakeholders that the 60-dollars-per-barrel projection was too ambitious considering the volatility of the international crude market.

But Udoma told a National Assembly joint committee hearing on the 2019 Appropriation Bill that there was no cause of alarm.

“I know that when the budget was submitted, and we had an assumption of oil price of 60 dollars, there were concerns raised as to whether that projection was not too ambitious.

“Indeed, at that time oil prices were trending down to even below 60 dollars.

“However, our own analysis from extensive consultations working with the NNPC shows that it was just a short-term thing, and that it was going to pick up to an average of 69 to 70 US dollars in the course of 2019.

“So far, it looks as if we are correct. Because oil prices now hover between 65 and 66 dollars, so it looks like the 60 dollars is a fair projection”, he said.

The minister, however, said the government was monitoring the oil prices as directed by President Muhammadu Buhari, and would work with the National Assembly for adjustment if the need arose.

Udoma also addressed doubts in some quarters over the oil production benchmark of 2.3 million barrels per day seen as unrealistic.

He said the NNPC was already working in line with a presidential directive to take all necessary measures to achieve target.

“We actually have the capacity for about 2.5 million barrels, and our projected production includes condensates which are not subject to limitations of OPEC.

“So, it is important we maximise our oil production now that it has good value, and we are on course,” Udoma said.

The minister explained that the increase in recurrent expenditure from N3.52 trillion in 2018 to the N4.72 trillion proposed for 2019 was due to increases in pension and provision for the New National Minimum Wage.

The Minister of Finance, Mrs Zainab Ahmed, said her ministry had been preoccupied with putting strategies in place to drive revenue generation in the 2019 fiscal year.

In this regard, Ahmed explained that the ministry had evolved a new revenue growth agenda tagged Strategic Revenue Growth Initiative with three thematic areas.

She listed the areas as achieving sustainability in revenue generation, identifying enhancing enforcement of existing revenue sources, and achieving cohesion in the revenue ecosystem.