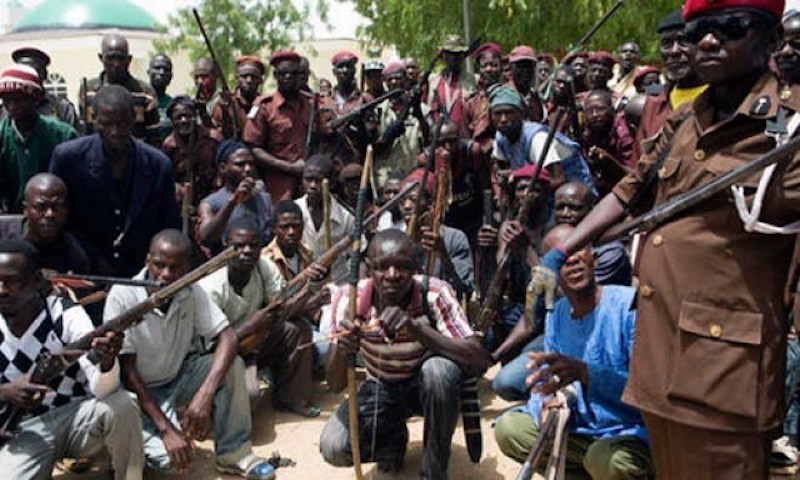 At least 50 people, including several members of the Civilian Joint Task Force (CJTF), in Zamfara State have been killed in Kaura Namoda by rampaging bandits.
This is coming on the heels of a robust security action plan tagged, ‘Operation Puff Adder’ launched by the Ag. Inspector General of Police, Mohammed Adamu aimed at flushing out criminal elements across some states of the federation, Zamfara inclusive.
The Speaker of the Zamfara State House Assembly, Sanusi Rikiji, who revealed this during a condolence visit to Kaura Namoda, said the killings took place on Tuesday and attributed the incidence to CJTF confrontation with the bandits in a community in Kaura Namoda Local Government Area of the state.
According to a News Agency of Nigeria report, the Speaker, who led the state government delegation on the visit, decried the worsening security situation in the state.
Rikiji said: “We were told that the members of CJTF had mobilised people from Sakajiki community in Kaura Namoda Local Government Area and confronted the bandits in the forest, which led to the killing of over 50 persons, including CJTF members.”Rikiji, who is the Chairman of the State Government Relief and Damage Assessment Committee, described the CJTF’s act as “unprofessional,” saying, “confronting the bandits is not the duty of CJTF members.”
He added: “Their duty is to support security personnel to carry out operations, not to lead operations. Only security agents have the right to organise operation to confront bandits.”
READ MORE