Algeria, Sudan revolutions, and the myopia of Nigerians 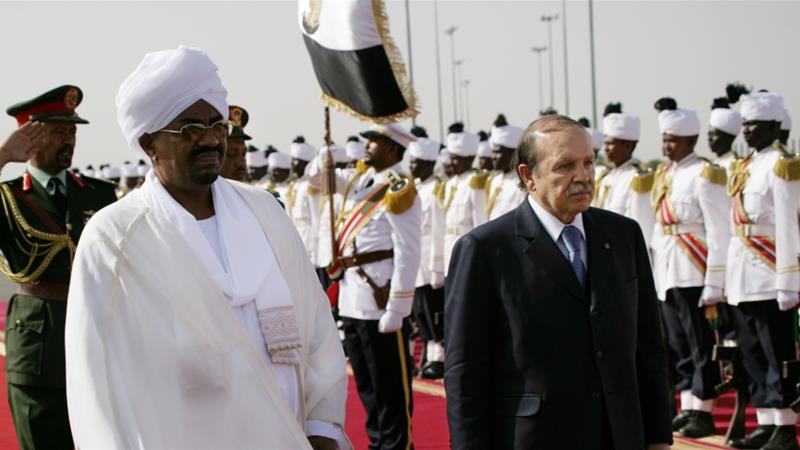 In quick succession, Algerians and Sudanese people crippled economic activities of their respective countries, occupied the streets and ousted the dictators that had held their countries down for decades.

The sick 82 year old Bouteflika who is confined to the wheelchair, and has ruled for 20 solid years, and was gunning for his fifth term was roundly rejected and ousted.

Both the military, police and other security agencies downed their tools and joined the masses in protest as the society belongs to them too.

The Algerian protest which was called the Smile Revolution, started on 16 February 2019, ten days after Abdelaziz Bouteflika announced his candidacy for a fifth term.
It lasted for 55 days, and they forced their President, and Prime Minister to resign.

Their elections was postponed indefinitely, and government of National unity formed to draft new constitution.
There were no deaths, but many people got injured, and almost 200 arrested.

The Sudanese uprising started On 19 December 2018.
Demonstrations broke out in several cities, due to high costs of living, increase in the price of bread, and deterioration of economic conditions at all levels of society.
The protests quickly turned from demands for urgent economic reforms into demands for Omar al-Bashir to step down, as he has spent 30 years in power.

The protest has been on for over 4 months, and is not even showing a sign of stopping.
Women groups, and young girls captured the attention of the world, as they played key roles, and are still playing in the protest.

Sudanese people not only successfully ousted Al Bashir, but forced the military de facto leader to step down, and demanded immediate handover to a civilian government.

The uprising has recorded 60 deaths, and over 800 arrested so far, and the deaths were not in vain.

In Nigeria of today, we suffer a thousand times much more than what led to Algeria and Sudan revolutions, but ethnicity, tribalism, nepotism, won’t ever allow us to hit the streets.

Bad leadership is determined and seen from the prism of the part of the country you come from and the party you support.
Even when there’s visible dictatorship, killings, and flagrant abuse of the constitution, human right violations etc, people do not care, as long as it’s not directly touching their families, regions, party members, and tribesmen.

Can soldiers, police, and other security agencies in Nigeria get involved with protests for the general well-being of the masses?
Not at all!
They will instead join in mowing down the masses that are protesting for the things that concerns them too.

In Algeria, a dictator was ousted without even a death; in Sudan, about 60 people paid the supreme price, yet in Nigeria over 600 Shiite members were murdered on the same day, hundreds of ipob peaceful protesters massacred, and instead of our people to hit the streets, they are supporting the government and justifying the killings.

The truth is that Nigeria is not yet ready for democracy, as we would have gone past these phase.
When smaller countries are battling their dictators, even with their guns and tanks, Nigeria is still condoning them.
When even women are out in the streets demanding for good governance, Nigerians are indifferent.

Nigeria is too divided, and our bad leaders key into the division to get away with their wickedness.
If we don’t learn a lesson from Algeria and Sudan, then the end of our suffering won’t ever be in sight.