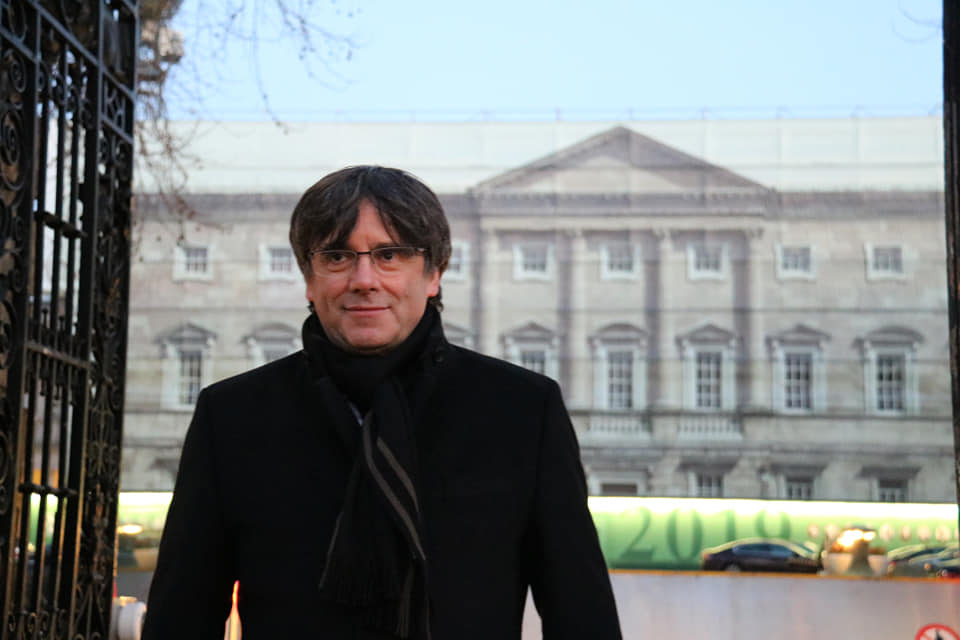 Catalonia’s former president Carles Puigdemont, who fled Spain in 2017 after a secession attempt, can contest EU polls this month, a Madrid court said Monday, overturning a decision by the electoral board.

A court spokesman said Puigdemont would be able to run, as would Toni Comin and Clara Ponsati, who were in the regional government during the secession bid and fled. They had also been excluded.

The decision comes a day after the Supreme Court ruled there had been no grounds to bar them and asked an administrative court in Madrid to “immediately” provide a ruling.

It said contesting an election was “a fundamental right” recognised by the constitution and that fleeing the country could not be a cause for ineligibility.

Puigdemont had slammed the ban in a tweet as a “legal scandal and a coup to democracy”.

Puigdemont, Comin and Ponsati were all part of a push to hold an independence referendum in October 2017 in defiance of a court ban.

The referendum in the wealthy northeastern region was followed by a short-lived declaration of independence.

That prompted Puigdemont and others to flee Spain.

Those Catalan leaders who remained in Spain are now on trial in Madrid over their role in the secession bid.

When he was picked in March to represent his party in the EU polls, Puigdemont said: “It is time to take another step to internationalise the right to self-determination in Catalonia from the heart of Europe to the whole world.”

But Spain’s conservative Popular Party and centre-right Ciudadanos appealed his candidacy and that of the two others, prompting the electoral board to exclude them.

Even if they are elected, they are unlikely to sit in the European Parliament.

Under EU rules, they would first have to return to their home country to swear they will abide by the constitution, a necessary move for the national electoral board to confirm them as MEPs.

But all three are wanted in Spain on the charge of rebellion and misuse of public funds for their role in the secession bid, meaning they would be arrested on re-entry.