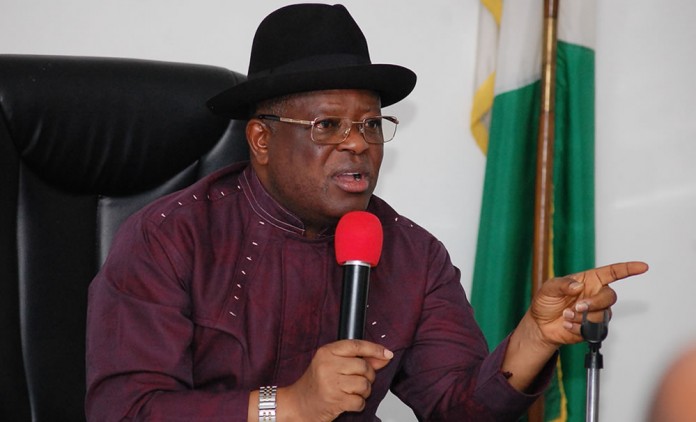 The Indigenous People of Biafra (IPOB), led by Mazi Nnamdi Kanu, has accused Ebonyi State governor, Dave Umahi of ordering the arrest and detention of Ezza people to dispossess them of their land for the suspended Rural Pastoral Grazing Areas (RUGA) of the Federal Government.

In a statement made available to The Guardian and signed by its Director of Media and Publicity, Emma Powerful, IPOB said its attention had “been drawn to the purported mass arrest of supposed members of IPOB in Ebonyi State by Governor Dave Umahi” under the guise that those abducted were Biafrans planning an anniversary.

But Ebonyi State Commissioner for Information and Orientation, Dr.Ken Uhuo dismissed the claims, saying the statement was a mischievous attempt to pull wool over the people’s eyes. He restated the government’s stand that IPOB remains an outlawed organisation.

Uhuo, who categorically denied any arrest, recalled that the state government merely issued a statement reminding the citizens not to fall for IPOB’s antics, which he said was in the habit of organising rallies, only to retreat to the background, leaving the people at the mercy of law enforcement agents.

He said: “There is no truth in their claim… The Ebonyi State governor and his brother governors of Southeast are committed to constructive engagement, rather than confrontation as a way of settling issue.”