How soldiers helped me escape from police custody – Wadume 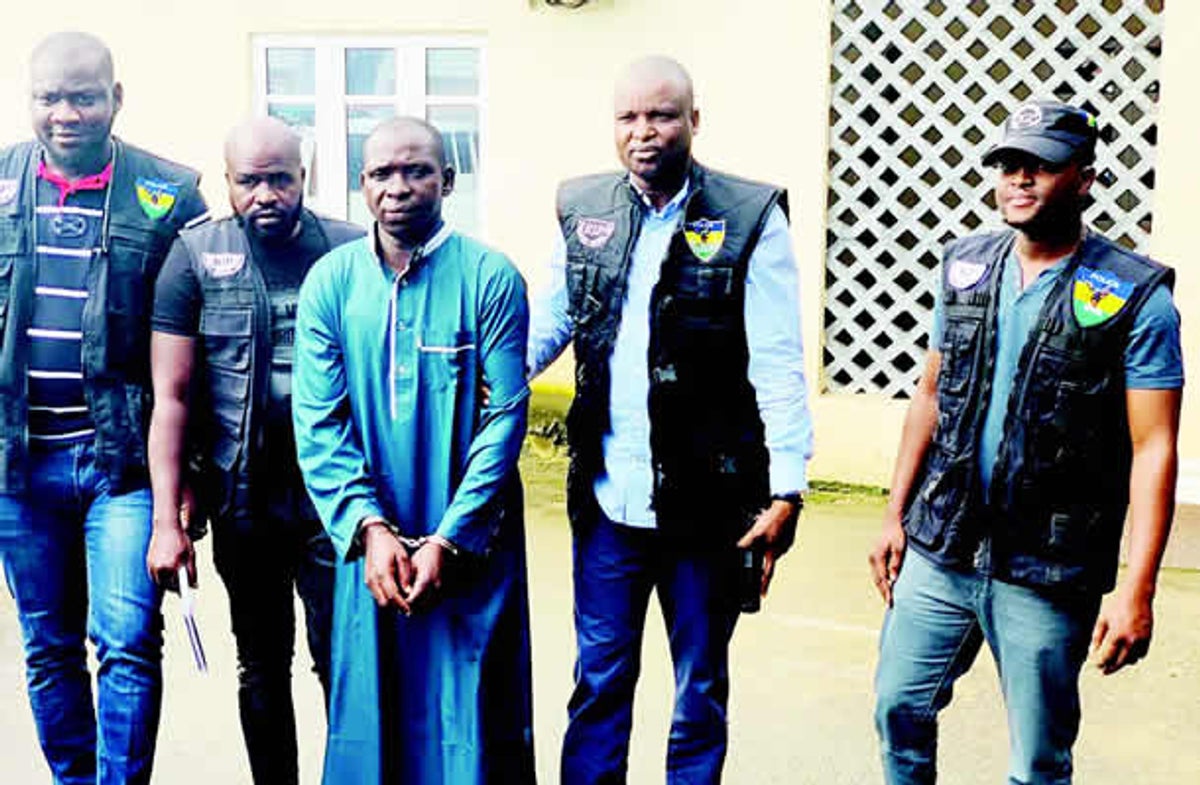 Fleeing suspected kidnap kingpin, whose rescue by soldiers led to the killing of three policemen and two civilians in Taraba State, Alhaji Hamisu Bala Wadume, is back in police custody.

The suspect, who has since been moved to Abuja, was tracked down in his hideout in Kano State, the police said in a statement yesterday.

Wadume, in a video that lasted 40 seconds posted on the Nigeria Police Force official tweeter handle, @PoliceNG, narrated how he was rescued after the soldiers shot and killed the policemen while others sustained varying degrees of injuries.

He said: “I am Hamisu Bala, who is also known as Wadume. Policemen came to Ibi and arrested me and were taking me away when soldiers pursued them and opened fire on them, killing some policemen. From there, the soldiers took me to their headquarters and sawed off the handcuffs on me. After that, I ran away and I have been in hiding since then until the police re-arrested me.”

His re-arrest promises to open a can of worms as his preliminary statements to the police confirmed the force’s claim that soldiers of the 93 Battalion, Takum were complicit in his escape.

In a video posted yesterday on the verified police twitter handle, Wadume, who spoke in Hausa, said when he was arrested, soldiers pursued the police team and opened fire on them, stating: “My name is Hamisu Bala Wadume. Police came to arrest me. When they arrested me, army chased after them and opened fire. From there, they took me to their headquarters, and cut my handcuffs.”

THISDAY gathered yesterday that a certain army officer was found to have made over 150 calls the suspect fueling police suspicion that the attack on the initial arrest party which left three of its priced officers dead was premeditated.