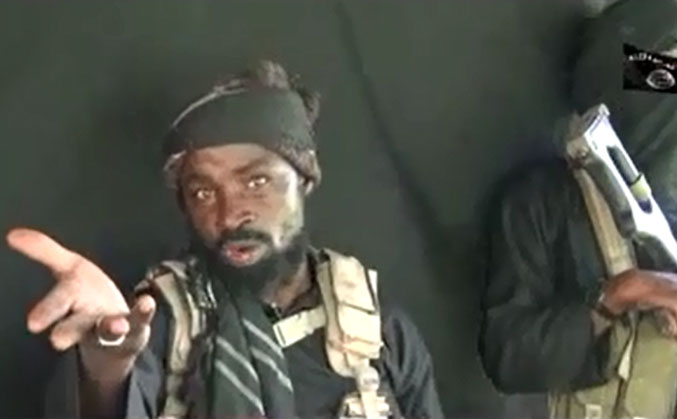 Infamous Boko Haram terrorists have threatened Audu Bulama Bukarti, an analyst in the co-existence team at the Tony Blair Institute for Global Change, for his critical reviews about the extreme group.

Bulama has studied extreme groups in Africa, in particular Boko Haram, for over a decade. He focuses on using Islamic religious texts in countering violent ideologies.

In an audio clip received by The Guardian Nigeria, the terrorist’s leader Abubakar Shekau said “Bulama Bukarti, you have been speaking about Jama’atu Ahlis Sunnah lid Dawati wal Jihad and its Imam, Abubakar ibn Muhammad ash-Shakawiy.”

“You have been saying that we merely claim to follow the Prophet Muhammad (SAW) and his religion and the People of Tradition,” Shekua said in the five minutes audio. “You say our claims are false and that we don’t represent true Islam.”

“Bulama Bukarti, you are in trouble,” Shekau declared.

Bulama told The Guardian Nigeria that he will be officially responding to the threats soon.

However, the threat may not be unconnected to his usual critical perspective about Boko Haram’s ideology and violence.

Bulama, who speaks Hausa and Kanuri, two of the languages used by Boko Haram and other extremist groups in the Sahel, is one of the many Muslim scholars who believes Islam is been used by criminals to coverup their criminal agenda.

Nigeria’s President Muhammadu Buhari also echoed this during his speech to celebrate Eid-ul-Mawlid on Monday.

“Violent extremism is the single biggest challenge facing the image of Islam today which has been hijacked by a minority of misguided elements who are using religion to cover-up their criminal agenda,” Buhari said.

Shakau, a fractional leader of the terrorist group, has been leading Boko Haram since 2009. He pledged loyalty to the now slained ISIS leader Abu Bakr al-Baghdadi in March 2015 and oversaw the group’s rebranding as Islamic State West Africa Province (ISWAP).

Just over a year later in August 2016, however, Shekau was ejected from ISWAP for ignoring orders from IS and targeting Muslim civilians, including women who he claimed to “enslave”.

After his expulsion, Shekau did not renounce his allegiance to al-Baghdadi and his loyalists still emulate IS, but he returned to leading his faction under the old name of Boko Haram.