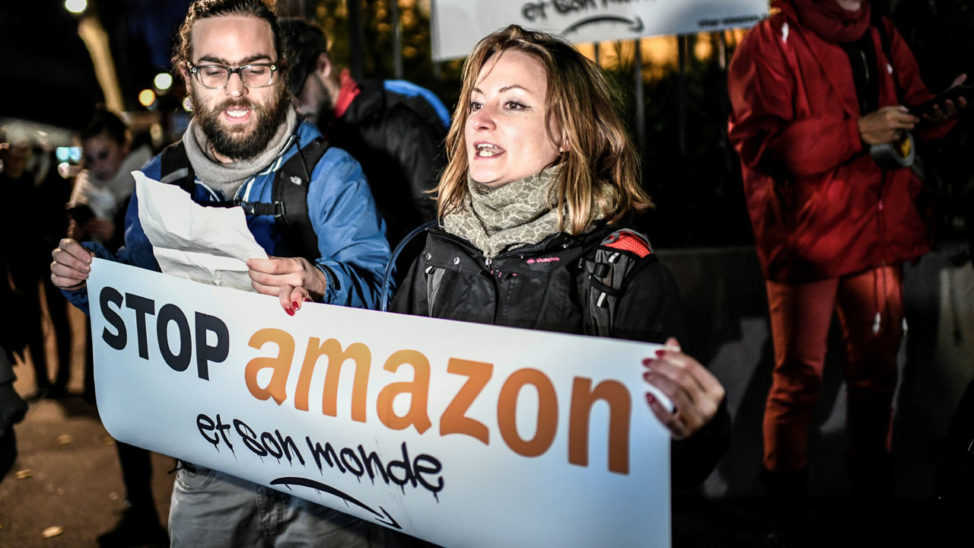 Hundreds of Amazon workers in Germany walked off the job as the US online retailer kicked off its “Black Friday” sales bonanza, escalating a long-simmering battle for better pay and working conditions.

The strike called by the powerful Verdi union is set to last until Tuesday morning and will also cover “Cyber Monday”, another extravaganza of online discounts in what is a crucial sales period for Amazon.

“Their work cannot be had at rock-bottom prices,” Verdi said in a statement, demanding a collective labour agreement to ensure “a living wage and good, healthy jobs”.

The union accused Amazon of “withholding basic rights” from staff and of making them work “under extreme pressure”.

“As a result, many employees become ill,” Verdi said.

Amazon played down the strike’s impact, saying “packages will arrive on time”.

The company has long resisted the union’s call for labour negotiations, defending its work environment and insisting that is “one of the best employers in the logistics industry”.

“We pay at the upper end of what is usual for comparable work, we offer additional benefits and review wages annually,” the company said.

The majority of its 13,000 employees in 13 logistics centres across Germany will be working “as normal”, it added.

Amazon has been hit by repeated strikes in Germany and other countries in recent years.