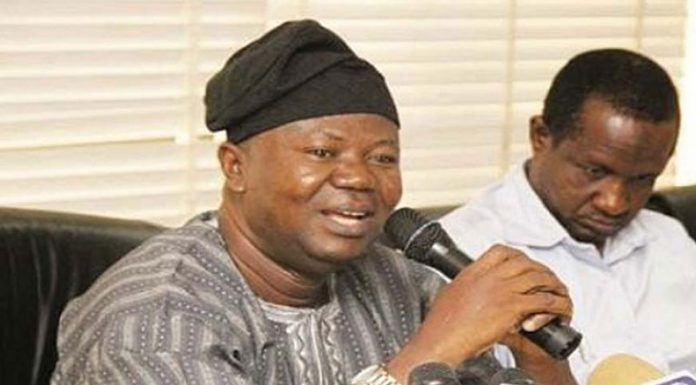 The war of words between the federal government  and the Academic Staff Union of Universities (ASUU) over the order that university lecturers should be enrolled into the Integrated Payroll Personnel Information System (IPPIS), which enters its sixth day today, continued yesterday with the government saying the payment scheme will expose atrocities being perpetuated in the  universities.

ASUU has consistently opposed the scheme being driven by the Office of the Accountant General of the Federation, saying that it is in gross violation of the autonomy of federal universities as enshrined in the Universities (Miscellaneous Provisions) Amendment Act 2003 (also called Universities Autonomy Act No1., 2007).

The union also argued that IPPIS fails to accommodate the peculiarities of the Nigerian University System (NUS).

The union alleged that IPPIS was driven primarily by selfish interests and motivations rather than the much vaunted claim about fighting corruption.

The National President of ASUU, Prof. Abiodun Ogunyemi, had told THISDAY that the union had proposed an alternative to the controversial payment platform,

But in its first official reaction to the controversial unified payroll system, the Ministry of Education told THISDAY in an exclusive interview that ASUU’s opposition to the scheme was due to the  irregularities and corruption perpetrated at the ivory towers.

The spokesperson of the Federal Ministry of Education, and Deputy Director of press, Mr. Ben Bem Goong, said there was no agreement anywhere that stipulated how ASUU members should be paid.

Goong who reiterated that all the peculiarities of ASUU has been taken care of in the scheme, said the union was deliberate in its refusal as it is bent on taking the country back to the 1960s, despite the evolution of technology and its several phases.

He said the decision of the federal government was in the best interest of the union and called on the university lecturers to reconsider their decision, noting that the threat of embarking on strike is uncalled for and should be a last resort.

“There’s no basis for anyone to resist payment through IPPIS. Even on the issue of double appointments in different institutions, which will be discovered by the scheme, the ministry of finance promised to take care of all that. Going on strike is unnecessary and should be the last resort.

“If tomorrow technology evolves in such a way that we will have to move from IPPIS to a more refined system of payment, government will do that, but ASUU is saying that the nation has reached the final bus stop and so the system of payment should not be refined. Government will continue to refine the system and make it watertight so that some of the observed sharp practices can stop.

“The federal government says ‘let’s pay everyone from the centre,’ and ASUU is jittery. That means there is something that is fishy. What is it they are doing that they don’t want to be on IPPIS, which will solve many things?

“ASUU has no issue at all. You don’t tell your paymaster how to be paid, but you can negotiate with your pay master how much he will pay you. It is what we have been doing over the years under the national wage commission. Historically, civil servants and public servants were paid in cash, which evolved to payment through the banking system. With that evolution, why didn’t ASUU resist it by insisting that they should be paid in cash, because they existed as of that time. Why didn’t they resist the new model of payment?

“The question is what does ASUU have to hide? There is no agreement anywhere that states how ASUU members will be paid. They claim it will disparage their autonomy, but they have never been specific to which part of the autonomy. If you know, tell me.

Read Also: Bode Appeals To Foreign Nations Not To Lend Money To Buhari

“It is all about the evolution and refinement of the system of payment. There is something some persons are trying to hide,  which is when you send the bulk cost to some institutions, they manipulate it, and people are not talking about that and it is what ASUU is trying to hide. As we speak, staff verification and enrolment is going on in most universities.

“For me, there is even no fight here. ASUU wants to draw the nation back to the 1960s when salaries were paid by hand and pay envelopes. The payment system is evolving and is a machine you cannot stop. The wagon cannot be stopped. Wait and see, at the end of this enrollment, government will expose some level of atrocities being committed in some of these institutions.

“ASUU should accept it in good fate and they should also be happy that government has said it will take care of their peculiarities. They should enroll as fast as possible as it is in their interest and that of the nation,” he added.