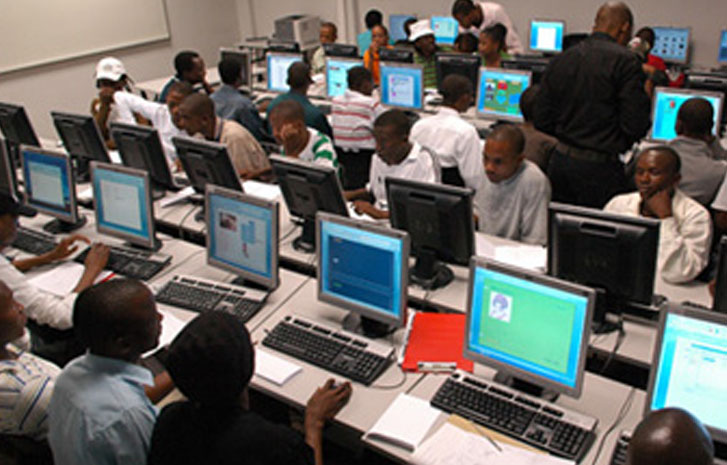 Digital technology has enabled Nigeria to become the country with the seventh largest number of internet users in the world.

The Financial Derivatives Company Limited, in a report, cited data from Internet Live Stats, which monitors global Internet use, to have revealed that the number of internet users in the country soared from 78,740 in 2000, to over 60 million in 2018.

According to the report, over this period, internet penetration jumped from 0.1 per cent to 46.1 per cent of the population.
It noted that nearly all access to the networks has been through mobile devices.

“So although Nigeria’s trade links to global markets have remained largely limited to a few commodities, Nigerians now have significant presence on social media. For example, Nigeria is the largest market in Africa for Facebook, with 16 million of its people using the platform monthly and seven million accessing it daily, according to data from the world’s biggest social media network,” it stated.

Owing to this, it therefore was unsurprising that Facebook co-founder and chief executive, Mark Zuckerberg, chose Nigeria as the first country in Sub-Saharan Africa to visit.
During his trip in 2016, Zuckerberg met several software developers and entrepreneurs in Lagos.

Many of the aspiring entrepreneurs he met were engaged in start-ups that aimed to apply information and communications technology (ICT) to addressing social and economic issues in the country.
For many Nigerian entrepreneur, Zuckerberg’s visit to their country was an important validation of the hitherto little recognised work being done by local digital start-ups.

During a meeting with Nigeria’s president, Muhammadu Buhari, in Abuja, Zuckerberg had told the president how impressed he was by the interest, energy and entrepreneurial spirit shown by the youths.
Also noteworthy, the CEO of Twitter, Jack Dorsey, also made it a point of action to visit Nigeria on his recent tour of African nations.

In the same vein, Jack Ma, the founder of the world’s largest e-commerce company, Alibaba and the Chinese richest man, was in Nigeria last month.
Continuing, the FDC report noted that new businesses face enormous challenges to succeed in Nigeria. Some of these challenges it listed included poor infrastructure, shortage of skilled labour, lack of capital and bureaucratic hurdles.

“Despite this, the ICT sector has achieved remarkable growth since the state ended its monopoly in telephone services in 2001 and began to licence private operators.
“The contribution of telecommunications and information services to Nigeria’s GDP has grown from N29.4 billion in 2000, to N6.25 trillion in 2018 (US$30.8bn at the 2015 rate).

“In the short to medium term, ICT is unlikely to match oil and gas as a source of government income or generate as much export earnings, but the growth of digital technologies will probably have a much bigger impact on shaping and driving growth of Nigeria’s underdeveloped economy.

“Access to the Internet has given a large and growing number of ordinary Nigerians a window to the outside world and a channel to transmit and receive ideas and knowledge. “Unlike the oil and gas, the growth of ICT is having a direct impact on many sectors of the economy. It has enabled workers in many fields to become more productive by having better access to market information.
“From taxi drivers to artisans and market traders, mobile technology has become an essential tool of production.

“Mobile devices are helping to expand access to financial services to millions of unbanked people, especially those living outside of Nigeria’s main urban centres,” it stated.
Furthermore, the report pointed out that even though total volume and value of mobile payments and web-based transactions have grown in recent years, they are still less than in developing countries such as Kenya that have invested more in digital finance to extend the reach of financial services.

It stated that with high cost of establishing and running traditional bank branches constraining their growth in Nigeria, inclusion of the roughly one-third of the population currently excluded from financial services would probably depend on the spread of digital finance.

“Infrastructure development is key. Much will depend on whether the government maintains a regulatory environment that encourages private investment in ICT development.
“In this respect, there is concern in the industry that a bill before the National Assembly which seeks to impose a nine per cent tax on communication services, including phone calls, Internet and cable television, may deter investors, if enacted,” it stated.