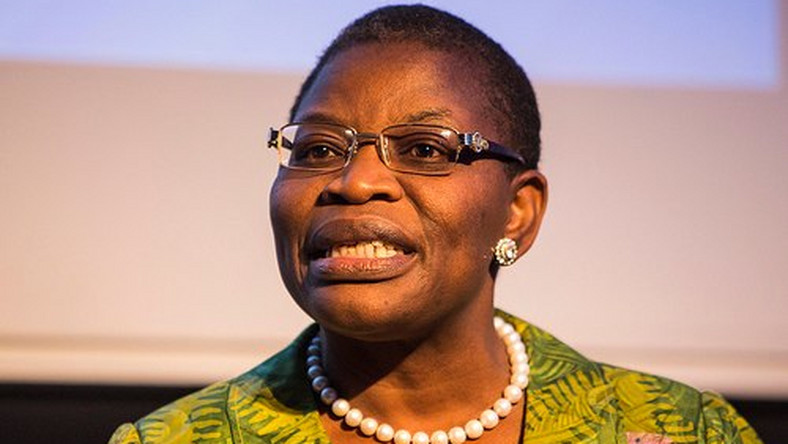 EZEKWESILI TO BUHARI, THE WORLD IS WATCHING YOUR BRUTAL VIOLATION OF SOWORE’S RIGHTS

Friday’s Sowore and DSS mega drama at the Federal High Court has the attention of the Nigerian communities and the global world with Oby Ezekwesili who is the Convener of Bring Back Our Girls campaign and a former Minister of Education has made her opinion heard on the humiliation and violation of Omoyele Sowore citizenship rights in Court today by the DSS.

Ezekwesili reminded President Muhammadu Buhari that the world at large was watching Sowore’s human right violation as a citizen of the Federal Republic of Nigeria.

Ezekwesili reminded President Muhammadu Buhari that the world at large was watching Sowore’s human right violation as a citizen of the Federal Republic of Nigeria.

“President Buhari, the whole world is watching the video of officials of the State Security Service which you directly supervise, brutally violate the constitutional rights of a citizen, Omoyele Sowore inside a court and desecrated our Judiciary- an independent arm of government.”

“Let it also be known by Buhari that the cruel, unreasonable, or arbitrary use of the power he wields today as Nigeria President is alien to our Nigerian Constitution and International Law. I advise the President to cease this descent to fascism immediately and respect Court orders.”

“It is in the interest of Buhari that Sowore comes to no form of bodily, mental or emotional harm. As the supervisor of the State Security Service, I demand that the President instructs the DG to immediately comply with the court order . Release Sowore immediately.”

”I have just spoken to the incredible Femi Falana — SAN whose amazing and highly effective legal representation of citizen Sowore with a strong team of lawyers is the silver lining in this tragic case. I once again conveyed our abiding strong support and gratitude.”

“I urge my fellow citizens who are reasonable enough to know that today’s episode amounts to full aggression against the Judiciary by the Executive arm of Buhari and portends an extremely dangerous development. We must all stand to defend our hard won Democracy. We must.” She concluded.