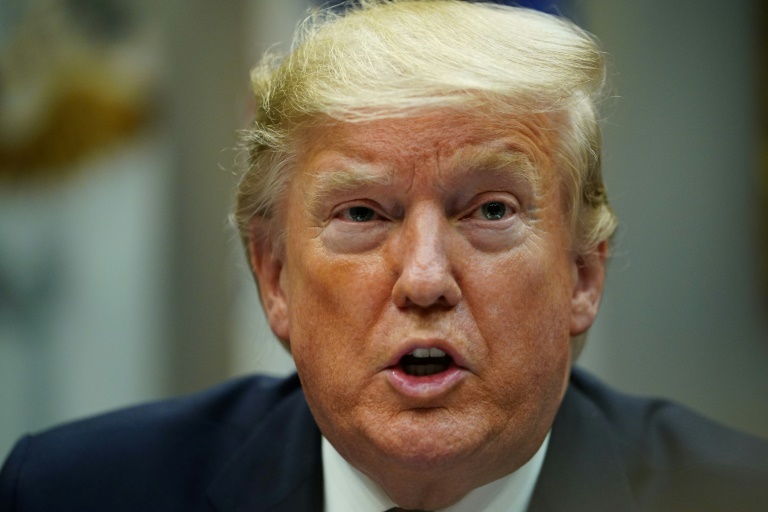 The White House blasted the impeachment inquiry into Donald Trump as “completely baseless” Friday, signalling it would not seek to defend the president in Democratic-led hearings to draw up formal charges against him.

But Republicans demanded that Joe Biden’s son Hunter, the lawmaker leading the impeachment probe Adam Schiff, and the whistleblower at the origin of the inquiry all testify next week before the House Judiciary Committee.

“As you know, your impeachment inquiry is completely baseless and has violated basic principles of due process and fundamental fairness,” White House chief lawyer Pat Cipollone wrote in a letter to the committee chair, Jerry Nadler.

“House Democrats have wasted enough of America’s time with this charade. You should end this inquiry now and not waste even more time with additional hearings,” he wrote.

Cipollone issued the letter minutes before a deadline to declare whether the White House would deploy representatives to defend Trump against accusations he abused his office by pressuring Ukraine to find dirt on former vice president Biden, his potential challenger in the 2020 election.

Nadler’s committee is to meet starting Monday to review the evidence from investigators and decide whether to charge Trump with abuse of power, bribery and obstruction.

Those charges could become articles of impeachment sent to the full House to vote on within weeks.

If they pass the Democratic-led House as expected, it would make Trump only the third president in US history to be impeached.

That would set up a trial next month in the Republican-controlled Senate, seen as likely to acquit him.

Trump is accused of pressuring Ukrainian President Volodymyr Zelensky to open investigations into Biden and his son, and also into a widely-dismissed theory that Ukraine helped Democrats in the 2016 election.

The US leader is accused of demanding Zelensky announce the investigations in exchange for the release of military aid and a high-profile summit — which Democrats say constitutes bribery.

Democrats also say Trump’s actions amount to soliciting foreign interference in American elections — which is barred by US laws.

Trump denies any wrongdoing but has refused to cooperate with the inquiry, citing his privilege as president to prevent top aides from testifying.

Cipollone told Nadler in the letter that adopting articles of impeachment “would be a reckless abuse of power” and constitute “the most unjust, highly partisan, and unconstitutional attempt at impeachment in our nation’s history.”

He repeated Trump’s tweet of Thursday: “If you are going to impeach me, do it now, fast, so we can have a fair trial in the Senate, and so that our country can get back to business.”

In a statement Nadler accused Trump of continuing to block “key evidence” from Congress.

“We gave President Trump a fair opportunity to question witnesses and present his own to address the overwhelming evidence before us,” Nadler said.

“If the President has no good response to the allegations, then he would not want to appear before the committee. Having declined this opportunity, he cannot claim that the process is unfair.”

Meanwhile the senior Republican on the Judiciary Committee, Doug Collins, announced a list of witnesses his camp wishes to subpoena “to provide context and transparency about the underlying facts at issue.”

Besides Schiff, the list includes Hunter Biden and his business partner Devon Archer, who both sat on the board of a Ukraine energy company Burisma, which Trump allegedly pressured Zelensky to investigate.

Also included were the whistleblower, believed to be a CIA analyst who reported his concerns about Trump’s demands of Zelensky; possible government contacts of the whistleblower; White House national security official Alexander Vindman, whose earlier testimony strongly supported the allegations against Trump.

With the exception of Vindman, there was little likelihood Nadler would accept the witness list.\