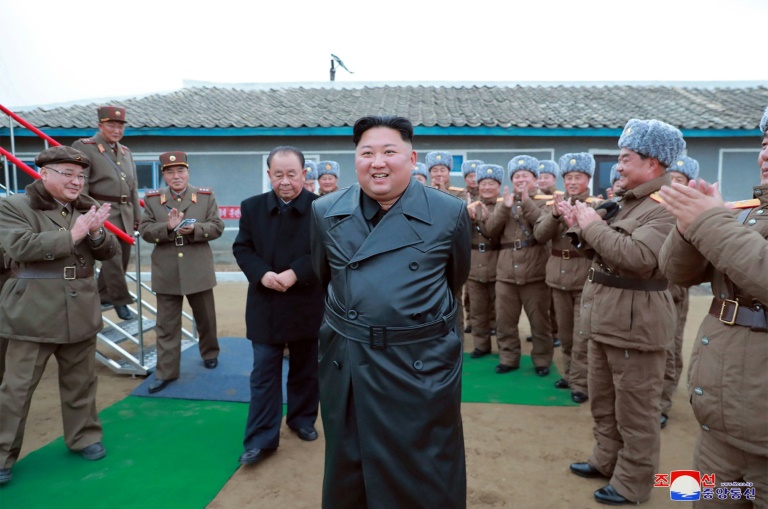 North Korea has conducted another “crucial test” at its Sohae satellite launch site, state media reported Saturday, as nuclear negotiations between Pyongyang and Washington remain stalled with a deadline approaching.

The announcement comes a day before US Special Envoy on North Korea Stephen Biegun is set to arrive in Seoul for a three-day visit, and after the United States tested a medium-range ballistic missile over the Pacific Ocean on Thursday.

“Another crucial test was successfully conducted at the Sohae Satellite Launching Ground from 22:41 to 22:48 on December 13,” a spokesman for the North’s National Academy of Defence Science said in a statement carried by the official KCNA news agency.

The “research successes” will be “applied to further bolstering up the reliable strategic nuclear deterrent” of North Korea, the spokesman added.

The statement did not provide further details on the test.

“The priceless data, experience and new technologies gained in the recent tests of defense science research will be fully applied to the development of another strategic weapon,” he said in a statement, also carried by KCNA.

Sohae, on North Korea’s northwest coast, is ostensibly a facility designed for putting satellites into orbit.

But Pyongyang has carried out several rocket launches there that were condemned by the US and others as disguised long-range ballistic missile tests.

The North is banned from firing ballistic missiles under UN Security Council resolutions, and rocket engines can be easily repurposed for use in missiles.

Frustrated by the lack of sanctions relief after three summits with President Donald Trump, North Korea has vowed an ominous “Christmas gift” if the US does not come up with concessions by the end of the year.

Some analysts have suggested the North may be referring to an intercontinental ballistic missile (ICBM).

Earlier this month the North announced it conducted what it called a “very important test” at the same site in Sohae.

“It’s very likely that the North is going to fire something on Christmas day, and they may call it a rocket system when it actually is an ICBM,” Ahn Chan-il, a North Korean defector and researcher in Seoul, told AFP.

“The tests at Sohae can be seen as a form of preparation for the launch — whatever it will be — on December 25.”

Kim has also held three meetings with US President Donald Trump since June 2018.

But his nuclear negotiations with Washington have been deadlocked since a summit in Hanoi broke up in February, and Pyongyang has issued a series of increasingly assertive comments in recent weeks as its time limit approaches.

The North this week criticised Washington as “foolish” for convening a UN Security Council meeting over growing concern about short-range rockets fired from the isolated state.

By arranging the meeting, Washington “decisively helped us make a definite decision on what way to choose,” North Korea’s foreign ministry spokesman said.

Last week, the North’s vice foreign minister warned of returning to a war of words with the US, threatening to resume referring to Trump as a “dotard” — Pyongyang’s nickname for the US leader at the height of tensions in 2017.

The comments came a day after it warned that if the US used military force against the North it would take “prompt corresponding actions at any level”.

Back in 2017 North Korea announced it successfully tested an ICBM capable of reaching Alaska.

At the recent NATO summit, Trump boasted about Washington’s “most powerful military”, adding: “Hopefully, we don’t have to use it, but if we do, we’ll use it. If we have to, we’ll do it.”