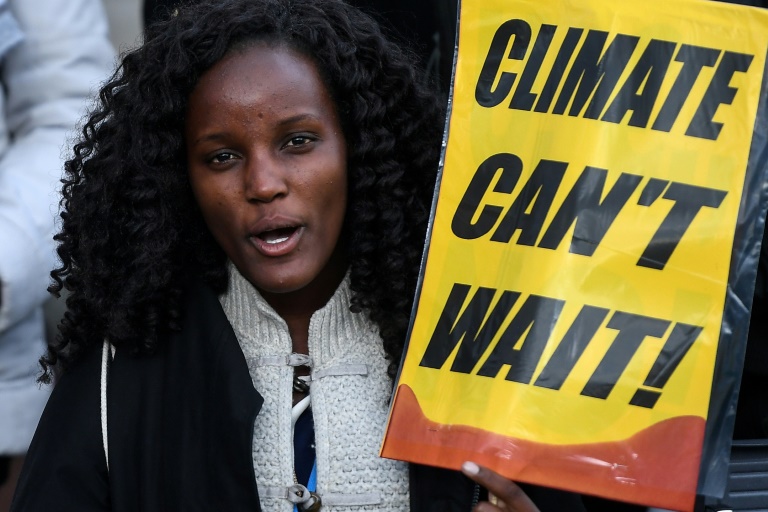 A UN climate summit in Madrid risked collapsing Saturday after all-night negotiations between countries left them more divided than ever over on how to fight global warming and pay for its ravages.

Diplomats from rich nations, emerging giants and the world’s poorest countries — each for their own reasons — found fault in a draft agreement put forward by host Chile in a botched attempt to strike common ground.

Faced with five-alarm warnings from science, deadly extreme weather made worse by climate change, and weekly strikes by millions of young people, negotiations in Madrid were under pressure to send a clear signal that governments are willing to double down in tackling the crisis.

But the 12-day talks, now deep into overtime, had retreated even further from this goal on Saturday.

“It appears that we are going backwards on the issue of ambition when we should be calling for a quantum leap in the other direction,” Marshall Islands climate envoy Tina Stege said.

“I need to go home and look my children in the eye and say we got an outcome that is going to ensure their future, and the future of all of our children,” she added, a catch in her voice.

Veteran observers of UN climate talks were stunned by the state of play nearly 24 hours after the negotiations had been set to close.

“I have never seen such a disconnect between what the science requires and the people of the world demand, versus what the climate negotiations are delivering,” Alden Meyer, strategy and policy director at the Union of Concerned Scientists, told AFP.

Under the Paris accord, countries agreed in 2015 to work to limit global temperature rises to “well below” two degrees Celsius through a series of voluntary action pledges that step up over time.

“The one thing in Paris that gave us hope was that the deal is going to be strengthened over time,” said Mohamed Adow, Director of Power Shift Africa, referring to the 196-nation Paris climate treaty.

“If that doesn’t come through, Madrid will have failed.”

The push for a strengthening of voluntary carbon cutting plans is led by small-island and least-developed states, along with the European Union.

Ministers from this “high ambition coalition” have called out countries they see as blocking a consensus call for all countries to step up, notably the United States, Australia and Saudi Arabia.

China and India, the world’s No. 1 and No. 4 carbon emitters, meanwhile, have made it clear they see no need to improve on their current emissions reduction plans, which run to 2030.

These emerging giants have chosen instead to emphasise the historical responsibility of rich nations to lead the way and provide financing to poor countries.

The COP 25 summit was also meant to finalise a chapter on carbon markets in the Paris rulebook, which goes into effect next year.

But a complicated wrangle over how to structure markets, and deal with carbon credits left over from the Kyoto Protocol, which expires at the end of 2020, have remained deadlocked, and may be punted to further talks next year.

The United States, which is leaving the landmark Paris climate deal next year, was accused of acting as a spoiler on a number of issues vital to climate-vulnerable nations.

“The US has not come here in good faith,” said Harjeet Singh, climate lead with charity ActionAid.

“They continue to block the world’s efforts to help people whose lives have been turned upside down by climate change.”

Even if nations in Madrid snatch victory from the jaws of defeat and agree to implement their pledges, Earth is on course to warm more than 3C by 2100.

“It is time for this process to prove that it is worth something,” said the delegation of Colombia.

“People across the world must rise to save the planet.”