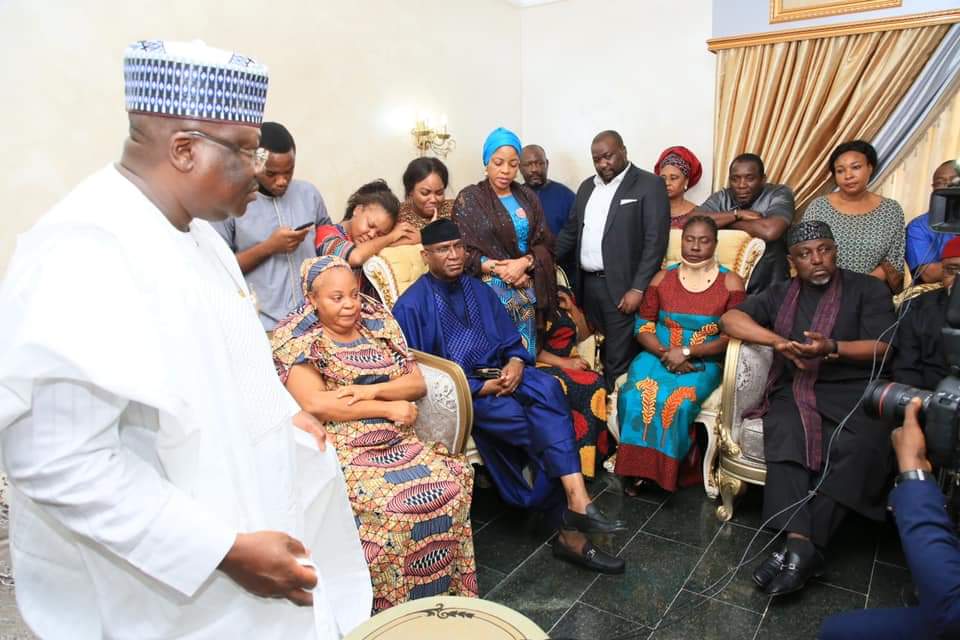 Lawan, who led the senate delegation along side Deputy Senate President, Ovie Omo-Agege and other principal officers, condoled with the late Senator’s wife, Helen Uwajumogu and other family members. Speaking at the occasion, Lawan said that the Senate will protect the ideals of late Senator Benjamin Uwajumogu which he stood for as a lawmaker representing Imo North Senatorial District at the National Assembly.

“We represent Nigerians. The responsibility of ensuring that our people are protected, supported and promoted will continue to be our guiding light and ideal, because this is something that he worked very hard for and believed in. “This delegation is a delegation from the Senate, and I want to assure this family that we will be in this grief with you, and when you arrange for the funeral, please let us be informed of the arrangements,” Lawan said.

Read Also: Face-Off Lingers As Buhari, Saraki Shun Each Other

The Senate President added that all through Uwajumogu’s sojourn in the Senate, he remained committed to serving Nigerians and her citizens. Other members of the Senate Leadership on the delegation were: Senate Leader, Yahaya Abdullahi; Senate Minority Leader, Enyinnaya Abaribe; Deputy Chief Whip, Aliyu Sabi Abdullahi, and Deputy Minority Whip, Sahabi Alhaji Ya’u.