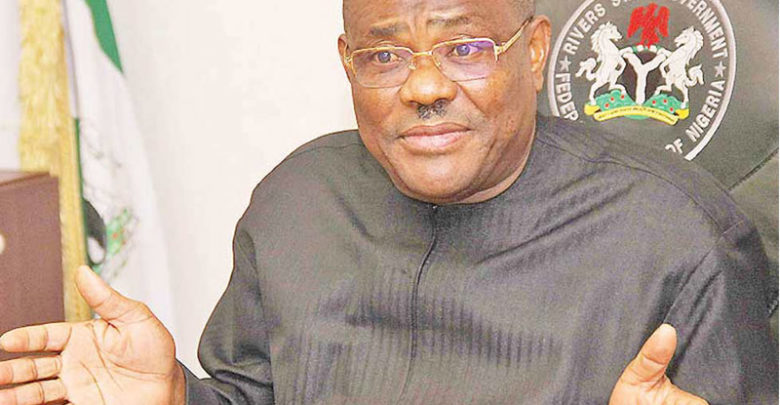 The cold war between Bayelsa Governor Henry Seriake Dickson and his Rivers counterpart, Nyesom Wike, boiled over into heated insult over the weekend as Dickson, in a rare blistering criticism, accused Wike of being “childish” and “unreasonable with drunken behaviour.”

Dickson spoke during a media chat in Bayelsa State Government House, Yenagoa in his reaction to the recent threat by Wike to deal with the Amanyanbo of Kalabari, Amachree XI, King Theophilus Princewill, because he (Dickson) visited the monarch to commiserate with him over the killing of Ijaws during the National Assembly and governorship election, and the dispute over the Soku oil wells.

According to him, he had ignored with “pain and regret all the previous vituperations and his [Wike’s] attempt to belittle this state, attempt to intimidate our leadership and his unfriendliness towards this state.”

Dickson, who said he had exercised restraint since Wike started his “childish and unguarded drunken behaviour” because of some factors which include the age difference between them, the historical ties between the Rivers and Bayelsa people and the interest of Ijaws in Rivers State, condemned in very strong terms Wike’s attack on the Kalabari monarch.

“I have been very circumspect in responding,” Dickson said. “But I have now to formally do so and Governor Wike knows I am not somebody that shies away; but I had to hold myself because the Governor of Bayelsa represents much more than the governorship of a state. But this time he has gone too far. So, I want to use this opportunity to condemn the way and manner he threatens and shows disrespect to Ijaw leaders in Rivers State. I want to particularly respond to what he said concerning my visit to our revered leader and father, the Amanayanbo of Kalabari,” the Governor stated.