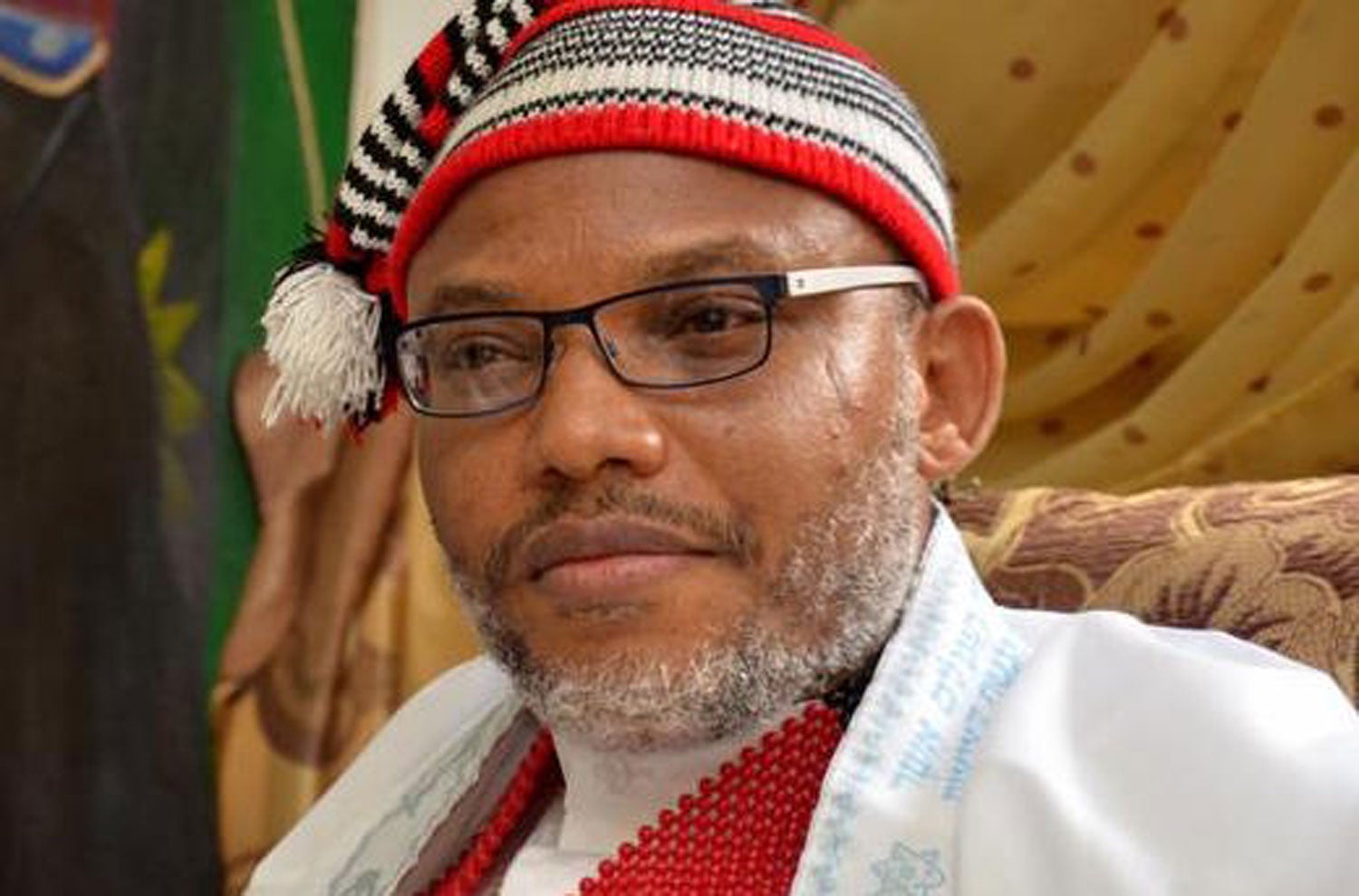 Nnamdi Kanu, leader of the Indigenous People of Biafra, has reacted to release of a former National Security Adviser, NSA, Col. Sambo Dasuki (rted) and the Publisher, SaharaReporters, Omoyele Sowore, from DSS detention.

Kanu thanked lawmakers of the US parliament, Senator Chris Coons, Senator Bob Menendez, Senator Chuck Schumer and Senator Cory Booker for their intervention, noting that without their letters to the Attorney-General of the Federation, Abubakar Malami, nothing would have been achieved.

The Federal Government had during the week ordered the release of Dasuki and convener of online #RevolutionNow, Sowore.

The Minister of Justice and Attorney General of the Federation (AGF), Abubakar Malami disclosed this in a statement released on Tuesday.

Malami said the decision to release Sowore and his co-accused was in compliance with the bail granted the two by the court.

Hours later, both men were released and reunited with families.

“Dictator @Mbuhari govt. ordered the release of Sowore and Dasuki . Your letter to the Attorney-General of Nigeria was only need [for their release].

“It shows that good people in the US can save lives if to choose to.”