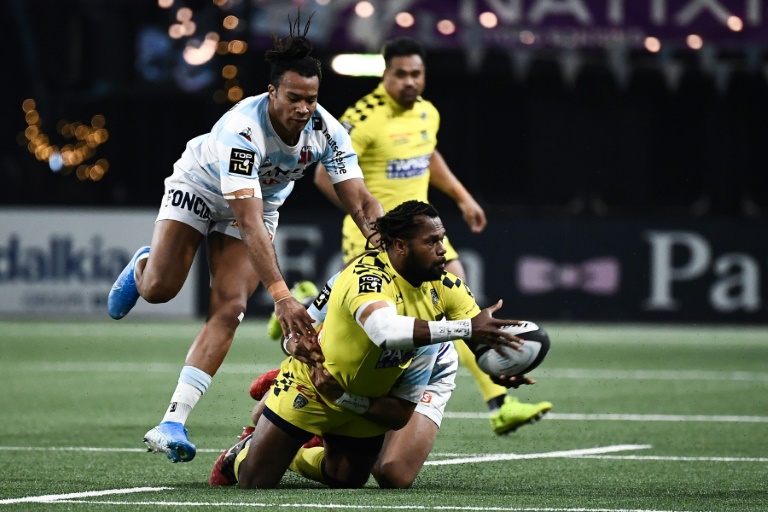 Winger Teddy Thomas staked a claim for inclusion in France’s Six Nations squad in a try-scoring display in Racing 92’s 27-19 victory over Clermont in the French Top 14 on Saturday.

Thomas, 26, who made the last of his 16 Test appearances in November 2018, got the better of Alivereti Rakai, a rival for a spot in Fabien Galthie’s 42-man group to be named on Wednesday, in the first half at La Defense Arena.

“From what he has shown us for a while, I think he’ll be there,” Racing coach Laurent Travers said.

“Teddy proposed something positive, he went looking for the ball, which is something he didn’t used to do,” Travers added.

The Parisians move up to third in the table before welcoming Munster in the European Champions Cup pool stages next Sunday.

The hosts led 10-0 after less than a quarter of an hour as Tonga prop Ben Tameifuna, on his 100th appearance for Racing, crashed over and scrum-half Teddy Iribaren kicked a conversion and a penalty goal.

Greig Laidlaw responded with his own three points before Thomas’s moment of magic on 27 minutes.

He received the ball on the right flank after Virimi Vakatawa’s superb break before side-stepping Raka with ease to stroll over in the corner for his 10th try of the campaign and a 17-3 lead.

Eight minutes later Thomas claimed the defensive upper hand by ripping the ball from Raka’s possession with the Fijian-born winger in full flight with the tryline in his sight.

Captain Iribaren claimed his side’s second try of the day, beating Laidlaw down the blindside to extend his side’s lead to 24-12.

Clermont’s France winger Damian Penaud closed the advantage to five points with 25 minutes to play before Iribaren maintained his perfect performance from the boot with his second three-pointer to take the score to 27-19.

Elsewhere, Lyon moved to the top of the table with 13-12 victory at Agen.

Later on Saturday Bordeaux-Begles can return to the summit if they beat Bayonne, without a win since October 12.