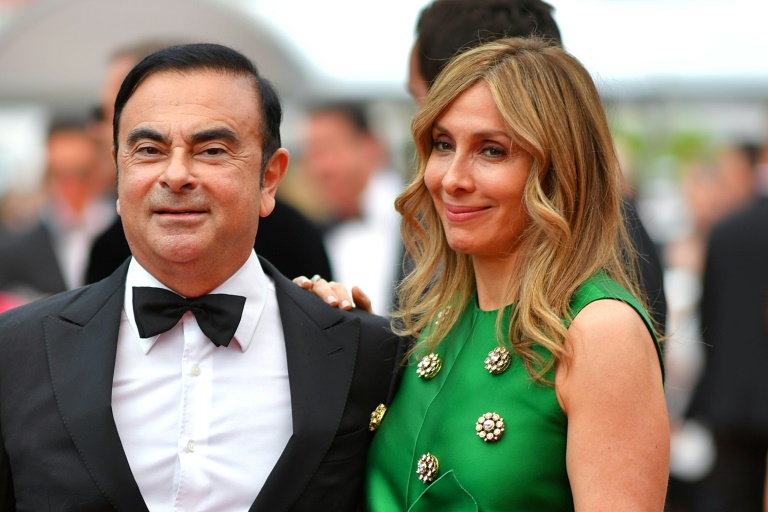 The warrant was issued as the fallout from the escape of one of Japan’s most high-profile criminal suspects continues, with authorities pledging tighter border controls and seizing the bail money that Ghosn forfeited by fleeing the country.

He had been facing trial in Japan on charges of financial misconduct, which he denies, before fleeing the country in late December for Lebanon, where he was reunited with his wife.

In a statement, prosecutors said they had obtained the warrant on suspicion that Carole Ghosn “made false statements” during April testimony to the Tokyo district court about meetings with an unnamed individual.

Carlos Ghosn had been freed on bail after agreeing to strict conditions, with prosecutors arguing he posed a flight risk.

The conditions included restrictions on contact with Carole, which was reportedly among the reasons he decided to jump bail and flee the country in an elaborately planned escape that has outraged Japanese officials.

A spokesperson for the Ghosn family called the warrant “pathetic” and implied it was a response to a press conference the tycoon is due to give in Beirut on Wednesday.

Ghosn’s second wife, Carole vocally led the campaign for her husband’s freedom, insisting on his innocence and slamming Japanese prosecutors for what she deemed ill-treatment after his shock November 19, 2018 arrest.

She was initially prevented from seeing her husband, who was held in detention for more than 100 days after his arrest, and petitioned everyone from French President Emmanuel Macron to the White House in seeking his release.

Ghosn, a globe-trotting auto mogul who was once a giant of the industry, accuses executives at Japanese automaker Nissan of manufacturing the allegations against him in a “plot” to prevent closer integration with alliance partner Renault.

Read Also: ‘Over 50’ Killed In Stampede At Iran General’s Funeral

The warrant for Carole’s arrest comes as Japanese authorities piece together how Ghosn was able to evade surveillance and airport security.

Snippets have emerged suggesting he was aided by a security expert, and took advantage of loopholes in security at Japan’s Kansai airport.

He appears to have left his residence in Tokyo, which was monitored by surveillance cameras under his bail conditions, alone. He reportedly later met up with two US citizens and boarded a bullet train to Osaka on December 29.

In Osaka, he is reported to have been put into a large box with holes drilled into it to ensure he could breathe and then loaded onto a private jet that flew to Istanbul.

Airport security rules meant large items loaded onto private planes were exempt from screening — a loophole that appears to have allowed Ghosn to escape unnoticed.

In Istanbul, he boarded a second private jet that took him to Lebanon, where he entered on a French passport.

Under his bail conditions, his French, Lebanese and Brazilian passports were confiscated and held by his lawyers.

AFP / Gal ROMAFactfile on the arrest and charges against Carlos Ghosn

But he was allowed to retain a second French passport — in a locked case with the key held by his lawyers — so he could prove his short-term visa status if needed when travelling in Japan — which was allowed in the terms of his bail.

His lawyers in Japan said they had no idea about Ghosn’s plans to escape, with his lead attorney saying he learnt of the news from the media.

Interpol, the international police cooperation body, has issued a “red notice” for Carlos Ghosn’s arrest, but Beirut and Tokyo do not have an extradition treaty.

It was not immediately clear whether a similar notice would be issued for Carole Ghosn.

The shock arrest of the leading executive rocked the auto industry, where he was once a leading figure credited with turning around Nissan.

Ghosn alleges the case against him was manufactured by disgruntled Nissan executives and Japanese officials opposed to his plans to more closely integrate the firm with Renault.

He is due to give a press conference in Beirut on Wednesday, and has told Fox Business that he has “actual evidence” that will prove the charges were a plot against him.