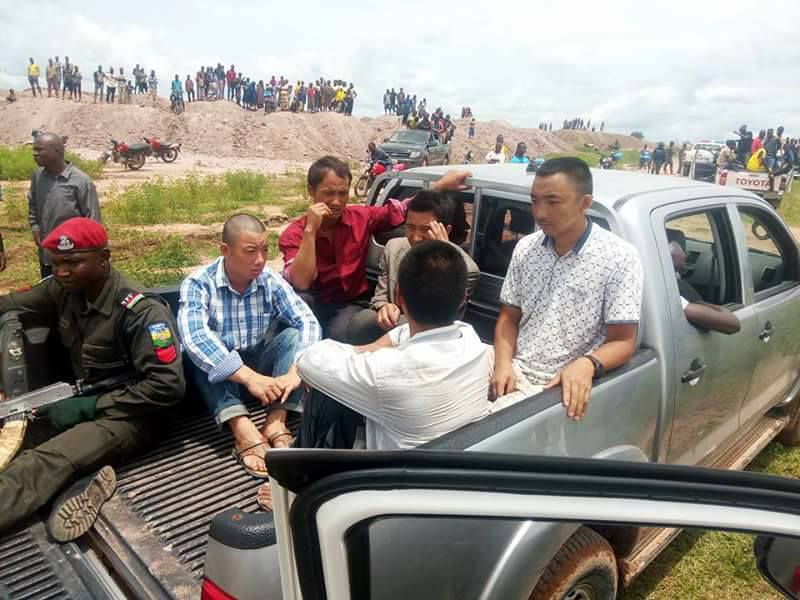 The Nigerian government has commenced moves to stop the illegal activities of Chinese and other artisanal miners across the country.

A senior official of the Federal Ministry of Mines and Steel Development, Fran Odoom, made this known to THISDAY in a telephone interview. The official said that illegal mining activities ”are killing Nigeria’s economy and environment.”

Mr Odoom, the Director of Department of Mines Inspectorate, Ministry of Mines and Steel Development, said the government has set up a special mining surveillance team for the purpose.

“The government has set up a special mining surveillance team that go into the forest in different states to monitor those who are behind illegal mining activities. They started fully this year to see how best they can stop activities.

“The surveillance team consists of EFCC, Immigration officers, Customs and all other members of security parastatals. We must rescue this country because illegal mining is killing us.”

He also told our correspondent that the ministry is aware that some police officers compromise. But with “our special team who are already across all states, we will curb the economic crime.”

Mr Odoom admitted that the reports influenced the actions of the ministry.

While one of the reports revealed how artisanal illegal mining activities from Osun to Ondo undermine Nigeria’s economy, the other report exposed how a large number of illegal miners pursued from Zamfara now carry out their unauthorised business in Osun.

Nigerians on social media, while reacting to the report, charged the authorities to take appropriate steps to stop illegal gold mining in Osun State and other places.

Also, public health experts warned that if not properly tackled, illegal mining will lead to environmental and human health problems.

Mr Odoom also told our correspondent that efforts are in place to deal with illegal foreign miners in different states.

“We noticed your report also indicted the foreigners and we noticed that they were not conforming with our laws which is shameful,” the official said.

“The minister is trying to speak with the Chinese government to have a record of Chinese in Nigeria. It would be easier to get details through their embassy here. This allows us to know those who are milking our resources dry.

“We will check their papers and if we realise that they are not in places where they have to be, we send them away. But we don’t want the bad eggs to spoil the reputation of the good ones. The government will start checking the papers of these persons.”

While reacting to a question on how the government plans to deal with monarchs supporting Illegal mining activities, he told THISDAY that ”indicted kings and chiefs will face the law.”

“There are no two ways about it. The community leaders are also guilty and it is because they are not patriotic,” he said.

“This country belongs to all of us and it appears that the traditional rulers don’t understand that giving their blessing to people involved in illegal mining activities is a crime. It kills the nation.

“We have appealed to their conscience(s) on several occasions but if they continue to flout the rules, they will face the law. They will be adequately prosecuted and jailed if found guilty of misconduct.”