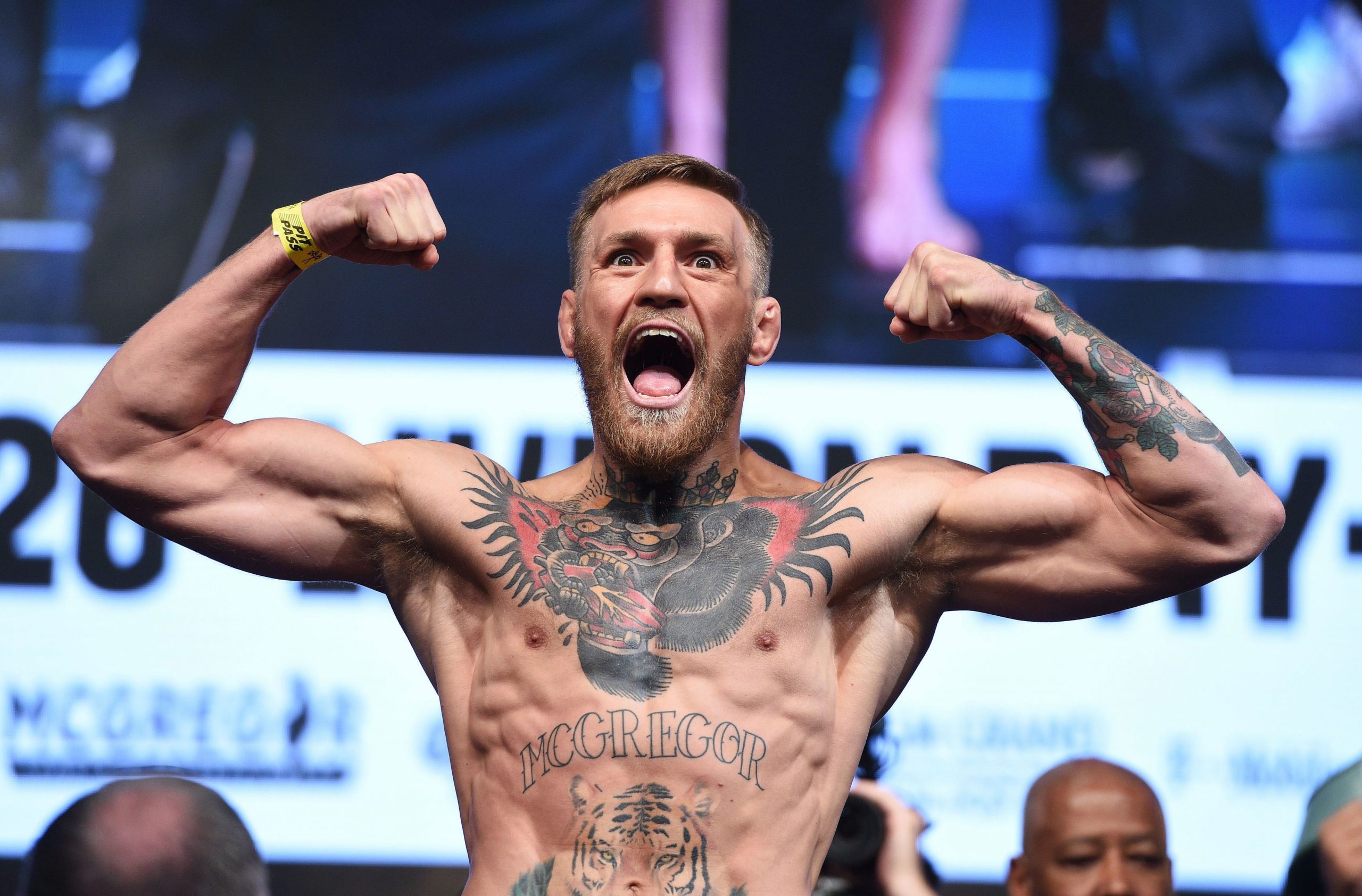 Conor McGregor returned to the octagon in style at UFC 246 as he beat American fan favourite Donald “Cowboy” Cerrone in just 40 seconds in Las Vegas.

Irishman McGregor, 31, came out on top after one of the most spectacular performances of his career.

Two of UFC’s most popular fighters went toe to toe in the main event at the T-Mobile Arena.

But referee Herb Dean stepped in and waved off the contest inside a minute after a series of blows from McGregor.

“I made history tonight. I set a new record. I’m the first fighter in UFC history to secure knockout victories at featherweight, at lightweight and now at welterweight – across three weight divisions, so I’m very proud of that,” said McGregor.

He had not won inside the UFC’s octagon since capturing his second UFC world title in November 2016, and was submitted in four rounds by undefeated UFC lightweight champion Khabib Nurmagomedov at UFC 229 in October 2018.

McGregor had said earlier in the week that he would look to “acquire rounds” against the American, but he showed no such patience as he came storming out of his corner and threw a huge left hand right from the very start that signalled his intent to claim a fast finish.

The Dubliner then connected with a series of shoulders to the face from the clinch before following his man across the cage and connecting with a huge head kick that badly rocked Cerrone.

A series of heavy left hands followed as Cerrone crumbled to the canvas, where he received a further barrage of strikes that sealed victory.

“The amount of records that man has, but one of the records he holds [is] the most head-kick knockouts. I’m so happy to be able to get him down with a head kick myself. So I’m very happy and proud tonight,” said McGregor.

“The UFC, they can strip fighters and give to other fighters make-believe belts in order to replicate my champ-champ status. But they can’t give knockout victories across multiple weight divisions, so there you go again. Etch my name in history one more time.

“I like this weight division. I feel really good. God willing, I came out of here unscathed, I’m in shape. I don’t believe I’m there yet, though. I’ve still got work to do to get back to where I was.”

McGregor surged to MMA superstardom when he signed for the UFC as a two-division Cage Warriors champion, then replicated the feat by capturing the UFC titles at featherweight and lightweight as he became the first man to simultaneously hold UFC titles in two weight classes.

But those titles were subsequently stripped by the UFC after he failed to defend his belts and, after sharing wins with Nate Diaz in a pair of epic encounters in 2016, the Irishman pursued – and secured – a multi-million-dollar boxing match with Floyd Mayweather Jr.

His return to the UFC saw him unsuccessfully challenge for the UFC lightweight title against Nurmagomedov at UFC 229 in an encounter full of bad blood and divisive rhetoric.

But he vowed to return, and he has kicked off what he described as his “2020 season” in spectacular fashion to set up a plethora of big-fight options later in the year.

A shot at the UFC welterweight title, held by Kamaru Usman, or a bout with the UFC’s “BMF” champion Jorge Masvidal would allow McGregor to continue at his new weight class of 170 pounds, while he has made no secret of his desire to face Nurmagomedov in a rematch for the lightweight belt.

There may be options outside of MMA, too, with a rematch with Mayweather a possibility, while Manny Pacquiao is reportedly also interested in a bout with the Dubliner, who is sure to command a huge TV audience and payday.