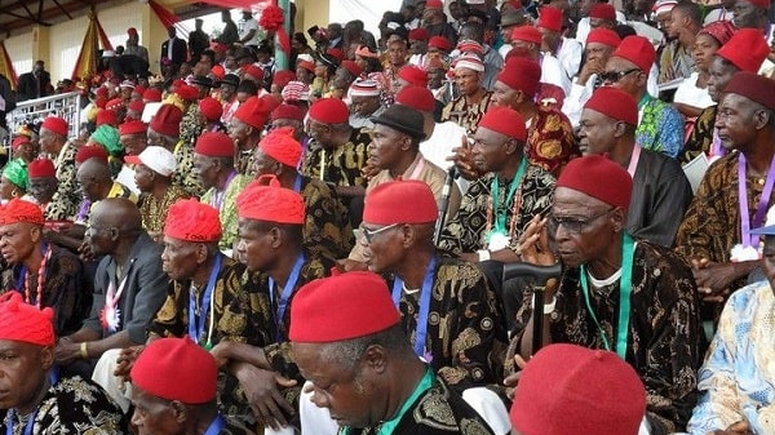 As the meeting of Ime-Obi Ohanaeze Ndigbo, the highest decision-making body of the organisation, holds today in Enugu, Dr Chukwuma Egemba, a pro-Biafra activist and concerned Igbo son who lives in London, United Kingdom, has urged the members to rise up to the grave issues confronting the Southeast region and ensure they address them frontally.

He warned that the signs of the time showed that “our lives and existence as a people and race are under serious threat. Igbo land has been deeply penetrated and cycled as vultures cycle potential prey by conquerors Fulani jihadist – they are just waiting for orders to attack us viciously and aggressively.  The signs are everywhere.”

Egemba, who hails from Mbaise in Imo State, in an open letter addressed to the delegates/members of Ime-Obi Ohanaeze, made available to Sunday Sun raised the alarm on the dangers waiting to erupt in the region if nothing is done swiftly to tackle it head-on.

In his advice to the esteemed group, Egemba said: “It is expected that they should come up with decisions that will accommodate the wishes and aspirations of our people, especially given the looming danger, insecurity challenges and worries.  All eyes, not just of the millions of Igbo people at home and diaspora, but also those of the Yorubas, Middle Beltans and our coastal brothers are on you – you cannot afford to disappoint.”

He charged the Ime-Obi Ohanaeze to include the following issues in their all-important meeting today: “Agreed deadline when all five Igbo state assemblies will pass and the governors sign into law anti-grazing bills; deadline for the five state assemblies to set up and coordinate regional security with modalities for its funding, command structure and leadership; advise to Ohanaeze youths to stop issuing warnings and threats that they cannot carry through or have the capacity to do so.

“Empower all states and communities, families, business and individuals to take all necessary means reasonably possible to protect them given the failure of government to protect life and property of the citizens and above all to publish full minutes/decisions of the meeting and most importantly, the full list of all present at the meeting and their voting pattern to the decisions reached.  It is important to know who is working for or against us.”

Worried by the spate of insecurity and ominous signs of build-up that may likely result into attack on the people of the region, Egemba warned that Ndigbo should be wary of the situation on the ground and ensure they build a solid defence to protect themselves against any emergency rather than be taken by surprise.