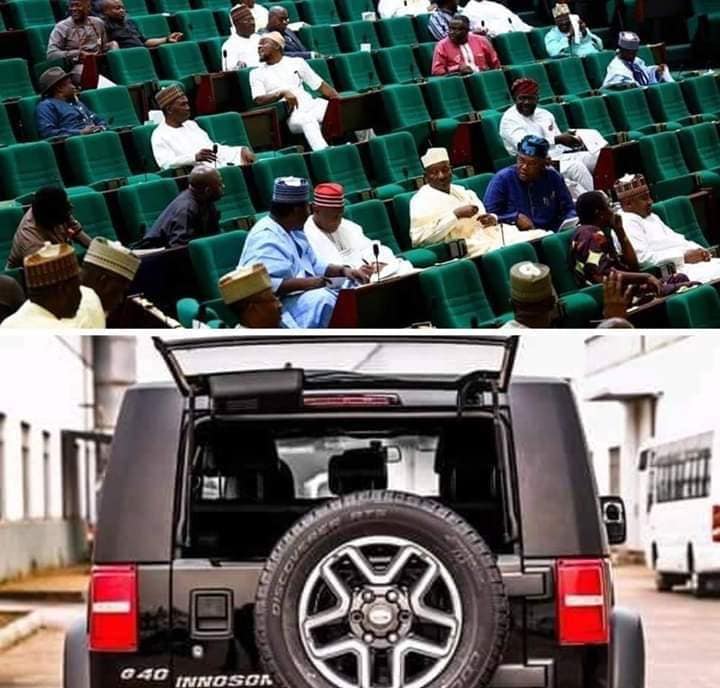 Popular Nigerian entertainer and controversial political activist Charles Oputa popularly known as Charley Boy has called out the Nigerian House of Representatives for rejecting the use of Innoson’s Made-In-Nigeria SUVs on his verified Facebook page.

In his no holds barred rants, he accused the Members of the House of Representatives of being greedy and self-centered and not putting the present economic state of Nigeria into consideration as they opt to import foreign-made cars for official use instead.

These are the same greedy and self-centred lots you expect to move your country from obscurity to greatness. I de pity this Nigeria sef.

They banned the importation of rice because according to them, let’s patronize made in Nigeria goods. The laws are made for the commoners, not for the rich, corrupt elites.

To think that some of you still believe in these mumuyish-zombified-hypocrites to represent your interests at the so-called “lower and upper” chambers beats me to tatters. The lawmaker who made the Innoson SUVs suggestion was shouted down. Same people who forced rice-filled with huge stones, dirt and chaffs down our throats.

The corrupt government closed borders to encourage goods made in Nigeria, or so I thought. These are all fake advocates of “patronize made in Nigeria good”.
President doesn’t patronise any nigerian hospital, he doesn’t use any made-in-nigeria car like Innoson, or any other made in Nigeria good; the VP ,ministers, Judges, military heads and all heads of agencies don’t use either. Their pikins sef na abroad them de go school.

Just reason am.. no be say na with their lofty salaries and bogus allowances them go use buy am like the way other Nigerians( you and I) go buy fa, na tax-payers money oo.

Honestly, I pity those who still believe in this government and system(s).