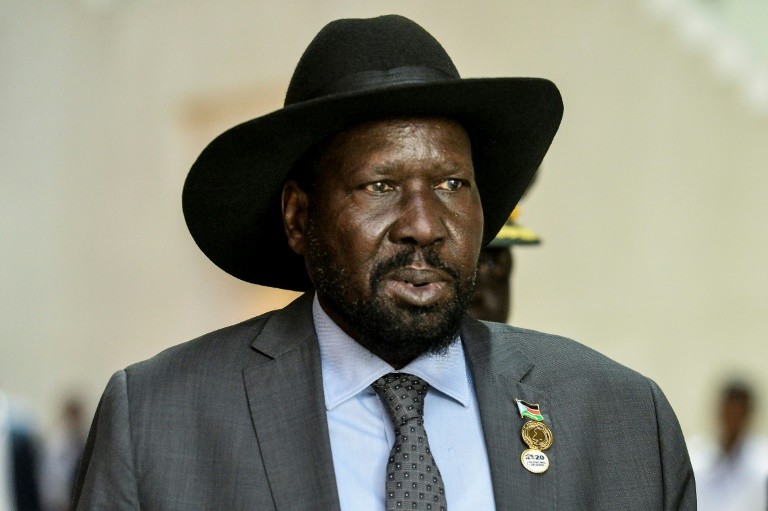 South Sudan’s president said on Saturday he would return to a system of 10 states, a key opposition demand, paving the way for a unity government and an end to the country’s civil war.

“The compromise we have just made is in the interest of peace…I expect the opposition to reciprocate,” Salva Kiir said, after a meeting of top government and military officials in the capital Juba.

Kiir and rebel chief Riek Machar are under increasing pressure to resolve their differences by February 22 and form a unity government as part of a peace agreement.

The pair have already missed two previous deadlines to enshrine peace and end a six-year conflict that has left at least 380,000 people dead and millions in dire poverty.

When they met last week in neighbouring Ethiopia, the talks ended in deadlock — but Kiir’s announcement means a key concern of Machar has been resolved.

“This decision may not have been the best option for our people but for the sake of peace and unity in the country, the Presidency sees it necessary,” a government statement added.

There was no immediate reaction from Machar.

The number of states is contentious because the borders will determine the divisions of power in the country.

When it gained independence from Sudan in 2011, South Sudan had 10 states, as set out in its constitution. Kiir increased that in 2015 to 28, and then later 32.

But on Saturday, a presidential statement confirmed that Kiir had “resolved to return the country to 10 states and their previous counties”.

Kiir’s had repeatedly refused to back down on the number of states, but had come under intense international pressure to compromise.

Machar previously said he could not return to his old job as vice-president if the status quo on states remained.

Violence in the war has reduced since Kiir and Machar signed a deal in September 2018, and diplomats warned that keeping that peace is critical.

The final matter of states will be debated once the unity government forms, the statement added.

As well as the 10 states, there will also be three separate “administrative areas” of Ruweng, Pibor and Abyei — the final is a special border region also claimed by neighbouring Sudan.

Kiir and Machar are old rivals who have fought and made up multiple times.

Their latest agreement came when they signed a peace deal in September 2018, pausing the bloodshed that erupted in 2013 when the president accused his former deputy of plotting a coup.

They agreed to come together in a coalition in May 2019. However disputes over territory and security arrangements dogged negotiations and the deadline was missed, followed by another six months later.

In November, the pair were given 100 more days to resolve these sticking points. That extension finishes next Saturday.

The eight-nation East African bloc of nations, IGAD, warned last week that any extension beyond February 22 was “neither desirable nor feasible.”