Backlash Against Trump Exiting WHO As Virus Grips Latin America 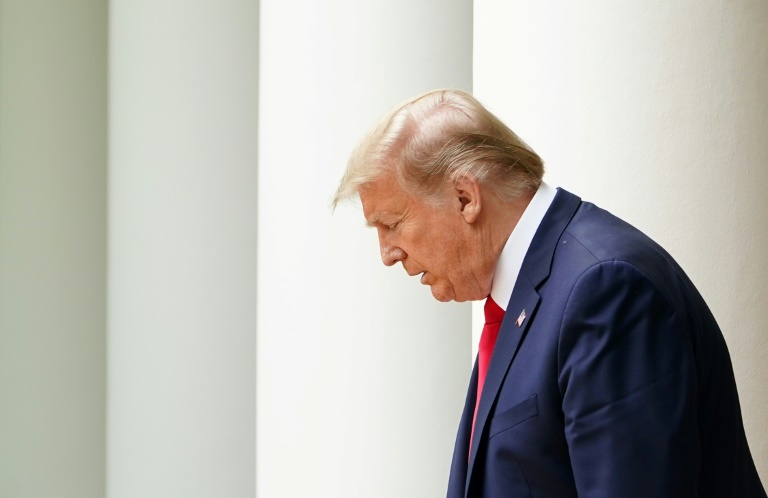 US President Donald Trump faced a broad backlash on Saturday over severing ties with the UN’s health agency during a pandemic, as the coronavirus surged in Latin America while Europe further reopened from lockdown.

The EU called on Washington to reconsider its decision to permanently cut funding to the World Health Organization over its handling of the pandemic, which has devastated the global economy, infected nearly six million people and killed more than 364,000.

“Now is the time for enhanced cooperation and common solutions,” the European Union said in a statement, adding: “Actions that weaken international results must be avoided.”

Trump initially suspended funding to the WHO last month, accusing it of not doing enough to curb the early spread of the virus and being too lenient with China, where COVID-19 emerged late last year.

On Friday he made that decision permanent in a major blow for the agency’s finances, as the US is by far its biggest contributor, supplying $400 million last year.

Germany’s Health Minister Jens Spahn said the “disappointing” decision was a setback for global health, while Chancellor Angela Merkel declined to attend an in-person G7 summit that Trump had suggested he would host.

Richard Horton, editor of The Lancet medical journal, said it was “madness and terrifying both at the same time”.

“The US government has gone rogue at a time of humanitarian emergency.”

Lawrence Gostin, a professor of public health law at Georgetown University and WHO collaborator, questioned Trump ability to withdraw from the agency without the approval of US Congress, saying the threat was “unlawful, reckless and dangerous”.

Trump announcement comes at a delicate time in the fight against the virus, which is progressing at different speeds across the globe.

There has been pressure in many countries — including protests attended by hundreds in Rome and Milan on Saturday — to lift crippling lockdowns, despite a vaccine remaining elusive and experts warning of a possible second wave of infections.

India said Saturday it would begin relaxing the world’s biggest lockdown in stages from early June, even as it marked another record daily rise in infections.

Iran meanwhile announced that collective prayers would resume in mosques, despite infections ticking back upwards in the Middle East’s hardest-hit country.

Infection numbers have been falling in many of Europe’s most affected countries, which are pushing to restart their economies.

But countries in Latin America are bracing for difficult weeks ahead, especially Brazil, where the death toll shot up by 1,124 on Friday and there was a record number of new infections.

The poor have been hit particularly hard in Brazil, which now has the second highest number of cases in the world after the US.

“In 26 years, I’ve never seen so many people living in fear, so many people going hungry,” said Alcione Albanesi, founder of charity Amigos do Bem, which distributes supplies to communities in the impoverished Sertao region of Brazil’s northeast.

A world away, the Chenonceau chateau opened in central France ahead of Parisians being allowed to travel beyond a 100-kilometres (60 miles) from home on Tuesday, when the country will further ease measures.

In Austria, hotels and cinemas were allowed to take in customers, provided masks were worn.

“It is very important that things return to normal, because I am a person who lives alone and is very interested in culture,” film buff Rotraud Turanitz said at Vienna’s Admiral Kino cinema.

Across the Atlantic, the US capital Washington DC resumed outdoor dining, while Los Angeles restaurants and hair salons also reopened.

New York Governor Andrew Cuomo said the state was on track to begin reopening in the week of June 8, even as the death toll in the US spiked by 1,225 on Friday.

Global sport has also started to rev back into action, with Austria announcing it will host the Formula One’s delayed season-opener on July 5, while the NBA said it was eyeing a July 31 return.

Britain approved the return of domestic competitive sport and South Africa gave a provisional green light for training to resume.

The economic damage from weeks of lockdowns continues to pile up, with Chile and Peru securing credit lines worth billions from the IMF.

India’s economy grew at its slowest pace in two decades in the first quarter, while Canada, Brazil, France and Italy also saw their GDP figures shrink ahead of an expected worldwide recession.

Even the animal world has not been left untouched — though that’s exactly what authorities in Gibraltar want, banning tourists from touching the tiny British enclave’s famous Barbary macaques over fears they could spread coronavirus.

Singapore’s much-loved otters meanwhile have been popping up in unexpected places during the city-state’s lockdown, but their increasingly daring antics have angered some and even sparked calls for a cull.

“I simply don’t understand anyone who could not like them. They are really cute,” said 35-year-old Singaporean Pam Wong.