BudgIT has urged President Muhammadu Buhari to investigate the payment of government funds into personal accounts.

This call was made after a study of the Open Treasury Initiative of the Federal Government.

The Buhari’s administration on December 9, 2019, launched the Open Treasury Portal.

The purpose is to increase transparency in government spending.

It noted that the sums were paid into personal accounts, including several records with vague descriptions.

BudgIT discovered over 5000 payments without descriptions to the tune of N278 billion.

In one, ₦68m payment was made for “Ogunsuyi” and N15.8m for “international” as a description.

After the launch, the All Progressives Congress (APC), said it affirmed Buhari’s resolve to tackle public sector corruption and plug leakages in the public treasury.

It called it a novelty in the pursuit of open governance, transparency and anti-corruption fight under Buhari’s Presidency.

APC spokesman, Lanre Issa-Onilu, in a statement said, “Those who want to do business with the government should understand that henceforth, everything would be done in the open.

He noted that every Nigerian now has access to every naira the government is making, every naira it is spending and on what it is being spent.

“In the fight against public sector corruption, the OTP complements other initiatives such as the administration’s full implementation of the Treasury Single Account (TSA) which has increased the level of accountability and transparency in the financial resources of the government; stoppage of budget padding, contrary to what we witnessed throughout the 16 years of the Peoples Democratic Party (PDP) and pruning out thousands of ghost workers through the stricter implementation of Integrated Personnel Payroll System (IPPIS).

“All the reports are to be published within stipulated deadlines on the OTP portal which will be open to and can be accessed by all”, Issa-Onilu wrote. 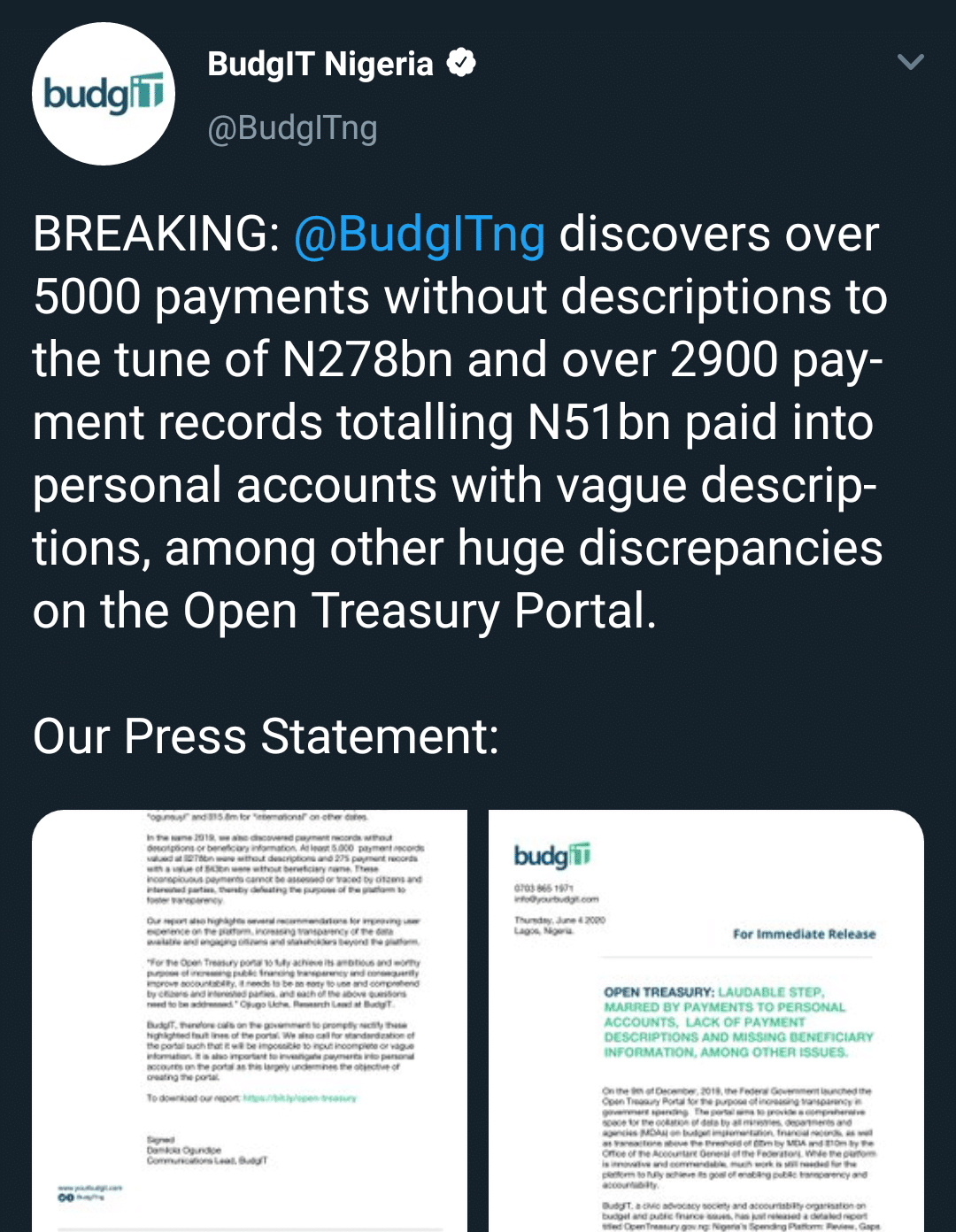