Senate President Ahmad Lawan, on Thursday, led other Senators to the residence of the Chief Whip of the upper legislative chamber, Orji Uzor Kalu, after the Abia lawmaker was released from prison during the week.

The former Abia State Governor regained freedom on Wednesday after months of incarceration.

He walked out of Kuje Correctional Centre after the completion of his release formalies. 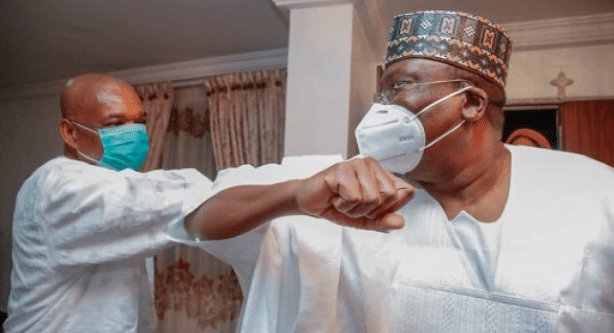 Recall that the former Governor, alongside a former Director of Finance and Account of Abia State, Ude Jones Udeogu, were arraigned by the Economic and Financial Crimes Commission (EFCC) on 36 counts of money laundering to the tune of N7.1 billion.

They were jailed in December but they appealed the verdict of the court.

Kalu and the other visiting lawmakers all wore face masks but did not observe social distancing. 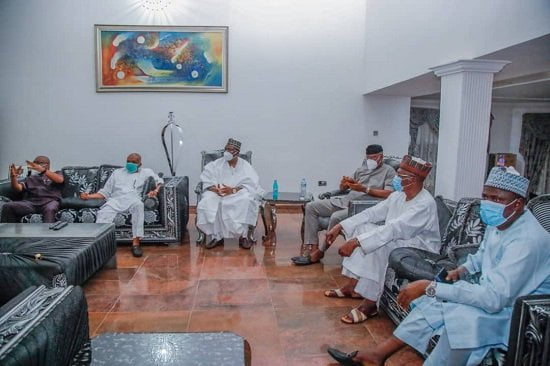