Brazil Threatens To Quit WHO, Trump Says US Beating Pandemic 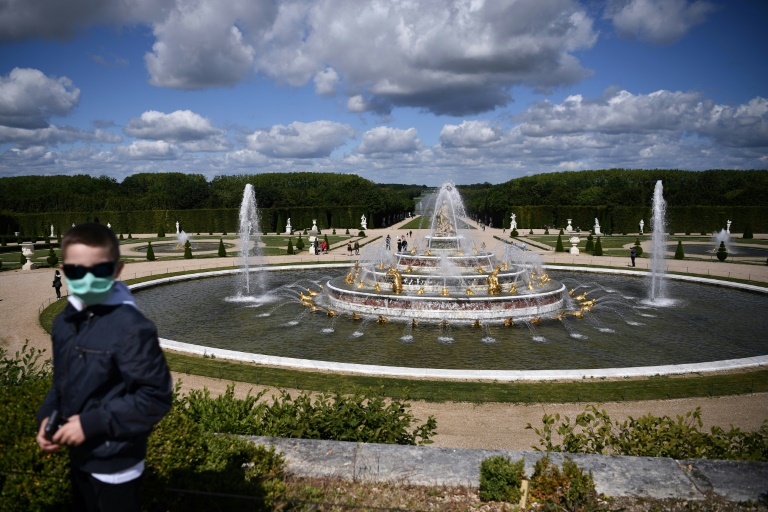 Brazilian President Jair Bolsonaro has threatened to pull out of the WHO over “ideological bias,” as his counterpart Donald Trump said the US economy was recovering from the coronavirus pandemic while Europe slowly reopens its borders.

From Africa to Europe to Asia, governments are focused on reviving economies ravaged by weeks of restrictions to contain the virus that has killed almost 400,000 people worldwide since it emerged in China late last year.

European countries that are among the hardest hit are steadily reopening with the infection rates slowing even as Latin America is battered by the epidemic, especially Brazil which now has the world’s third-highest number of virus deaths.

Fueling the debate raging around the pandemic, its origins and the best way to respond, Bolsonaro criticized the World Health Organization for suspending clinical trials of the drug hydroxychloroquine for COVID-19 — a decision it reversed this week — and threatened to follow in Trump’s footsteps by quitting.

“I’m telling you right now, the United States left the WHO, and we’re studying that, in the future. Either the WHO works without ideological bias, or we leave, too,” the far-right leader told journalists.

Dubbed the “Tropical Trump,” Bolsonaro has followed the US president in his handling of the pandemic, downplaying its severity, attacking stay-at-home measures and touting the purported effects of hydroxychloroquine against COVID-19.

The WHO had suspended trials of hydroxychloroquine after major studies raised concerns about its safety and effectiveness — irking Trump, who even took the drug himself as a preventive measure.

Most of the authors of the studies that appeared in The Lancet and the New England Journal of Medicine retracted their work, saying they could no longer vouch for their data because the firm that supplied it refused to be audited.

But a new study from Oxford University said Friday that hydroxychloroquine showed “no beneficial effect” in treating COVID-19.

The WHO also changed its advice on face masks, saying that “in light of evolving evidence” they should be worn in places where the virus is widespread and physical distancing is difficult.

The new coronavirus has killed almost 396,000 people and infected 6.7 million globally, the world’s worst health crisis in more than a century.

At its early peak, the pandemic forced half of humanity into some form of lockdown and risked tipping economies into the deepest recession since the Great Depression of the 1930s.

OPEC and its allies were to meet via video conference Saturday to assess their deal to slash production as oil prices tentatively recover on easing lockdowns around the world.

In the US — the hardest-hit country, with 109,000 dead and nearly 1.9 million infections — Trump also said the economy was bouncing back.

“We had the greatest economy in the history of the world. And that strength let us get through this horrible pandemic, largely through, I think we’re doing really well,” he told reporters.

Trump, who is facing re-election in November, reiterated his calls to further ease stay-at-home measures, after surprisingly upbeat employment numbers showed the country gained 2.5 million jobs in May.

In a sign of the slow return to normal in the US, Universal Orlando became the first of the giant theme parks in sunny Florida to reopen — albeit with temperature controls at the entrance and mandatory face masks.

The South Pacific island of French Polynesia also said it will reopen to international travel next month to try to salvage its vital tourism industry.

“We are no longer in a health emergency, but we are facing an economic and social emergency,” said Tourism and Employment Minister Nicole Bouteau.

In Europe, badly-hit countries slowly continued on a path toward a post-pandemic normal, also seeking to revive key tourist sectors in time for the summer season.

The EU said it could reopen borders to travelers from outside the region in early July, after some countries within the bloc reopened to European visitors.

A major Spanish tourism draw, Madrid’s Prado museum, reopened its doors to a handful of visitors Saturday, putting together more than 200 masterpieces in a new exhibition.

In France, the Palace of Versailles also reopened, but without the American and Chinese tourists that usually make up a third of its visitors.

A top French expert said Friday that dramatic drops in daily deaths and new cases in the country since their March peaks meant the worst was over.

“We can reasonably say the virus is currently under control,” said Jean-Francois Delfraissy, the head of the government’s scientific advisory council.

Brazil’s death toll rose to more than 35,000, the third-highest in the world, after the United States and Britain.

Tolls are also rising sharply in Mexico, Peru and Ecuador. And in Chile, deaths have risen by more than 50 percent in the past week.