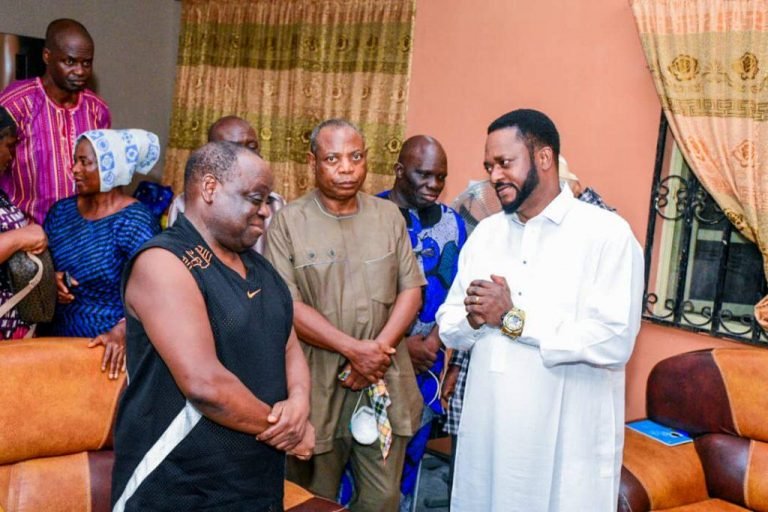 Akintunde Arotile, the father of Nigeria’s first female combat helicopter pilot, Tolulope Arotile, who passed away on Tuesday has shared his last moments with his daughter.

Arotile died at the age of 23 after sustaining head injuries from a road traffic accident at the Nigerian Air Force (NAF) Base in Kaduna.

A former classmate of hers was said to have unknowingly knocked her down during which she sustained head injuries. She died less than a year after she was decorated as the first female combatant helicopter pilot.

Speaking to the News Agency of Nigeria, NAN in Lokoja, Kogi State on Wednesday, Arotile said he spoke with his daughter few hours before her sudden death.

According to the father, Tolulope told him she was going out to make some photocopies but was shocked to receive the news of her death few hours later.

“Just yesterday, at about 1 pm; I called her because she just came back from an operation against the bandits in Katsina. They gave them one week to rest, and so she was sleeping and told me she was in bed resting.

“She said she would later go out to make some photocopies and I told her not to be long, and to return home on time because she was staying with my first daughter in Kaduna. Around 5.30 pm, somebody called me and asked if I had called her today, and I said yes, then the person told me to call her, which I did, but no response. So, I called her colleagues, and they were all crying on the phone.

“I had to drive to Lokoja from Abuja to enable me to inform her mother physically because I could not break such news on the phone, but when I came she had gone to the prayer mountain. She came back at around 8.30 am. I told her this is what I heard, but that I had not confirmed,” he said.

Arotile also described his daughter as a brilliant and wonderful person right from when she was young.

“Right from day one, she had been very very intelligent. Sometimes, I wonder what type of IQ she had. She also combined intelligence with hard-work. I just thank God that she was able to achieve her dreams as a baby before her death,” Arotile said.

Arotile, who retired from the Transmission Company of Nigeria in 2019, also commended the Air Force authority for their honour and support.

“I must say that I am really impressed by the outpouring of sympathy and support. There have been several visits from her bosses from all over the country, including here in Lokoja, Abuja, Kaduna, Enugu and everywhere. The support has been overwhelming.

“They even gave a token and promised that later they would do something.

“They have even promised to give a choice of where to bury her, but her commandant suggested that she should be buried at the National Cemetery Abuja, because of the number of people that will attend the funeral and due to the feat she had achieved, as the first female combatant pilot in Nigeria,” he stated.