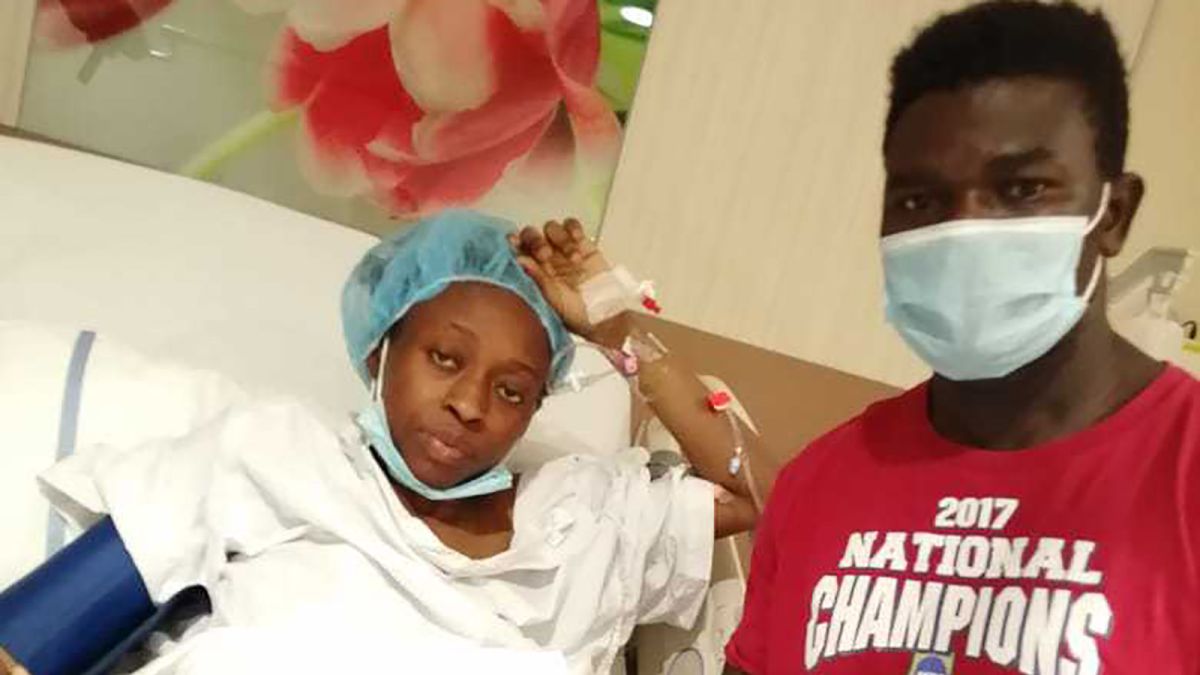 Channels Television had on July 19th reported that Suliyat, 29, had planned to return to Nigeria for delivery since she and her husband, Tijani Adigun Shakiru could not afford doing so in the United Arab Emirates (UAE)

But travel restrictions occasioned by the COVID-19 pandemic, left Suliyat, an Oyo State indigene, and her husband with no choice than to do so in the Arab nation.

She was to later gave birth to quadruplets, two days before her planned return to Nigeria.

Since Suliyat and her family had no medical insurance, having racked up about $108,000 (400,000 AED) in medical expenses since the birth (prematurely) of the two boys and two girls, they went on soliciting for help.

Although the Nigerian community in the United Arab Emirates (UAE) rallied around and paid part of the bills ($11,500), the Dubai Crown Prince stepped in to foot the medical expenses after their story went viral.

Local radio stations in Dubai and the CNN said the Latifa Hospital for Women and Children where the babies were born through an emergency C-section confirmed the Crown Prince’s gesture.

The quadruplets were placed on ventilators at the neonatal intensive care unit, are doing well and will soon be ready to go home, the hospital explained.

Her husband, Shakiru, obviously elated by the Prince’s magnanimity, described it as a huge favour, admitting that payment of the medical bills gave him sleepless nights.

As a sign of gratitude to the Dubai royal family, the chef told local media Khaleej Times that three of the babies will be named Hamdan, Mohammed and Lathifa.

“I never thought of having four babies, because there’s no money,” Shakiru had told Channels Television.

According to Shakiru who relocated to the UAE with his family in 2017, “When my wife told me she was pregnant, and she went for a scan, I told her she was joking.”