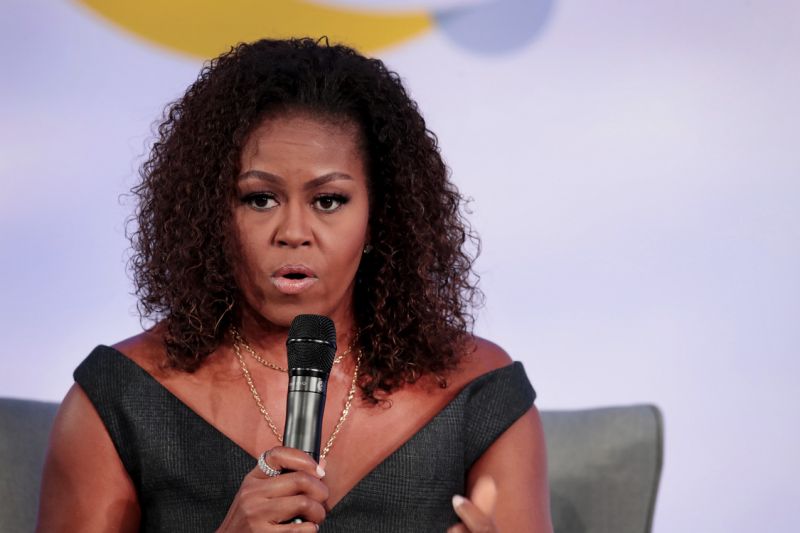 In his latest attack on Michelle Obama, far-right conspiracy theorist and Trump supporter, Alex Jones claims he has “the final proof” the former First Lady is a man.

In a 12-minute video, the Infowars host analyses footage and photos which he believes prove Ms Obama has a penis.

“Since the early days of the Obama administration, citizens across the board have studied videos and photos of Michelle Obama and said that she is a man,” the shock jock said.

“And even (Barack) Obama has called her over and over again Michael. But new shock footage has emerged that is being censored off the internet as fast as you can upload it.”

In the video, Mr Jones shows a series a pictures of Mrs Obama and points out to pleats in her dresses and trousers he says is evidence she has a penis.

The “shock” footage is a short clip showing someone saying: “Michelle is transgender, we all know it”.

Mr Jones added: “Now I’m not saying that Michelle Obama is a tran and I don’t hate trannies. I’m a libertarian but we have famous photos of her where it appears she has a large bulge in her pants.

“Michelle appears in photos and videos to have a very large penis in her pants, her shoulders are wide, her face is very, very masculine. She looks like a tranny.

“And so you ask yourself are the children a beard for Obama and of course Michelle Obama or Michael Obama as he has called her.”

Mr Jones then shows a video of Mr Obama making a speech at a military base in Arlington, Virginia, during which he says “Michael and I”.

But there was no suggestion that Mr Obama was referring to his wife and not someone who is genuinely called Michael.

In another piece of footage, Mr Obama stutters when saying “Michelle” but he never actually says “Michael”.

The Infowars host adds the media has accused him of being the creator of this conspiracy theory, but he claims suspicions have been circulating on the internet since Mr Obama’s election campaign and that he has nothing to do with them.

This is not the first time Mr Jones has made these accusations against Mrs Obama and last year he also claimed she secretly was a transgender man.

Mr Jones has gained notoriety for his extreme views and brash style. He has previously claimed without evidence, that the Sandy Hook massacre and Boston bombings were hoaxes and that Barack Obama founded Isis.