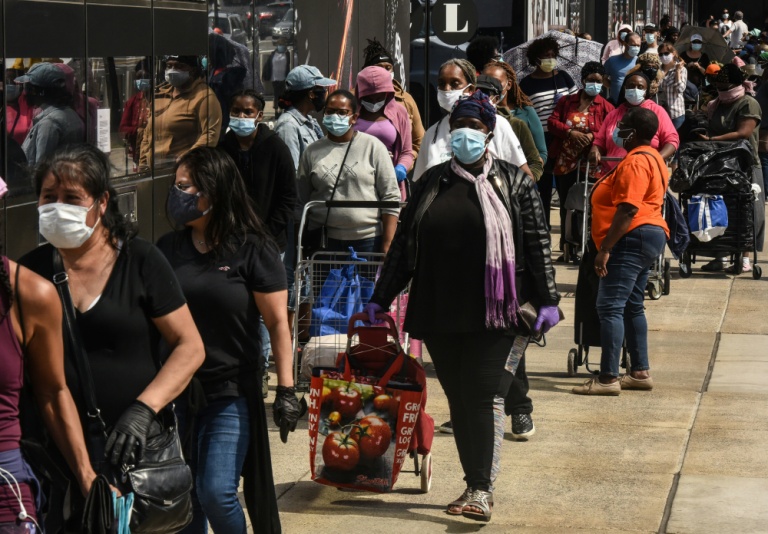 The New York Post has revealed what will certainly be an embarrassment to President Donald Trump: a quarter-mile queue of hungry Americans in New York, waiting for free food.

“The line stretched a quarter-mile before the sun was barely up Saturday, snaking around corners like bread lines in the 1930s. But the hungry in Queens are today’s New Yorkers, left jobless by the coronavirus”, New York Post reported.

Until the pandemic struck the city, La Jornada food pantry used to hand out groceries to roughly 1,000 families a week. Now, the figure tops 10,000.

And volunteers serve lunch every day to 1,000 — many of them kids with growling stomachs. Across the five boroughs, the hungry number in the hundreds of thousands, the Food Bank of New York estimates.

“We give all we have, but that’s not enough.”

Seniors, moms and kids, singles — many immigrants from China and Mexico — wait for hours. They turn out in droves wherever, and whenever, the food pantry’s truck shows up.

“We feel like we are underwater, drowning in a tsunami of people,” Rodriguez, a volunteer who acts as the food pantry’s executive director, told The Post.

“This isn’t like a little rain coming down. The numbers are unbelievable.”