ASUU Members Chased Away From Hall At COOU 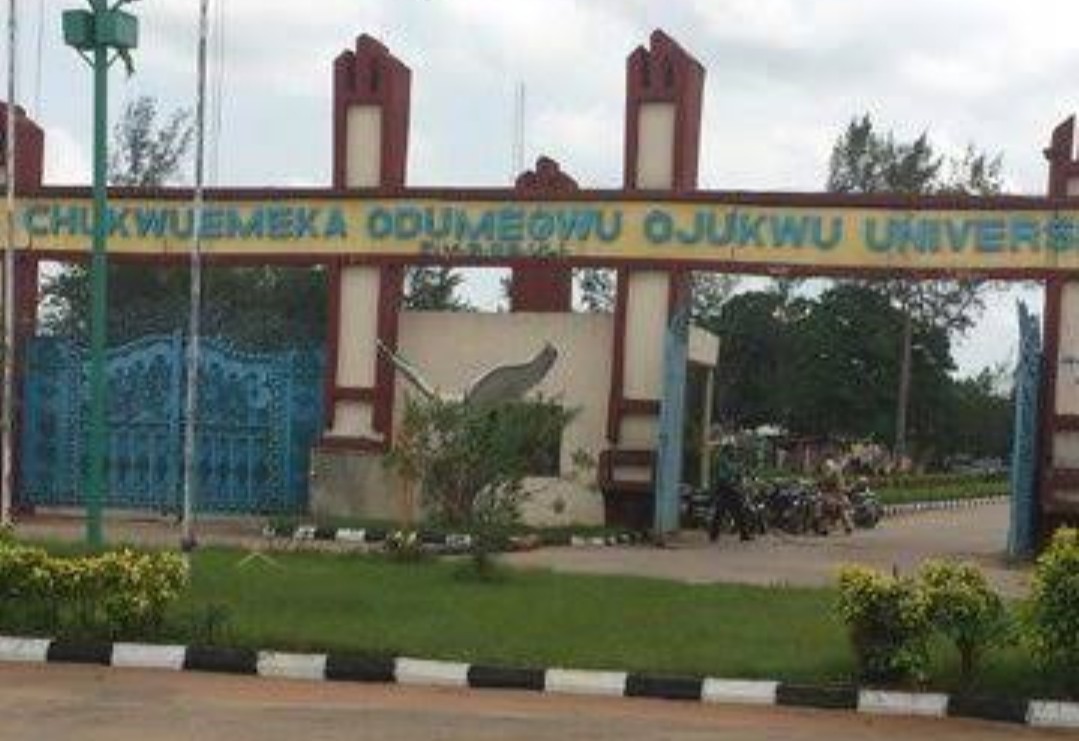 A meeting of the Academic Staff Union of Universities (ASUU) was on Thursday disrupted by armed security guards of the Chukwuemeka Odumegwu Ojukwu University (COOU), Igbariam in Anambra.

The security guards stormed the union’s meeting hall and chased away the lecturers who had converged to deliberate on the ongoing ASUU strike.

The lecturers later reconvened under a mango tree within the university premises but were again harassed by the security guards who were allegedly acting on the instruction of the institution’s management.

However, the lecturers resisted the security guards and went ahead with their meeting, in front of the Faculty of Social Sciences block.

Addressing newsmen, ASUU Owerri Zone Coordinator, Dr Uzor Onyebinana, said the meeting was convened in solidarity with COOU branch of the union who were allegedly being harassed for joining the nationwide strike.

‘Today, ASUU members were treated like common criminals; a situation where the management of COOU will unleash security men on us in an attempt to prevent us from holding our meeting at the Congress hall and even under a mango tree is unacceptable.’

‘Even students should not be treated that way.’

‘Most of issues the national ASUU are agitating for affects ASUU COOU, and the institution also stands to benefit,’ he said.

Onyebinana said the ongoing nationwide strike was aimed at getting government to satisfactorily address matters of Earned Academic Allowance.

He added that it further aimed at concluding the re-negotiation of the 2009 FGN/ASUU agreement as well as revitalisation funds for public universities and the discontinuation of the proliferation of state universities, among others.

Also speaking ASUU COOU chairperson, Prof. Alphonsus Aniebo, accused the COOU management of coercing members to abandon the national strike, even when the university had benefited from many agitations and demands of national ASUU.

‘The COOU Management are hell bent on destroying ASUU in COOU, the vice-chancellor has trivialised issues in this institution, putting all issues around Aniebo.’

‘They have even scheduled examinations in the school when the students have not resumed,’ he said.

In his reaction, however, COOU Public Relations Officer, Dr Christian Chukwueloka, said he was unaware the union members were chased away by the institution’s security guards as alleged.

‘I wouldn’t say that there was a chase as alleged, but if there was anything that happened like that, it was a mild approach even though I did not witness it.’

‘As much as I know, the ASUU COOU has a secretariat. So, if there was the allegation that the school management chased them with security guards, they can simply go to their secretariat.’

‘The vice-chancellor I know doesn’t have the heart to apply force on people,’ he added.

He noted that management of the university was rather in support of the ongoing strike.

‘We have received our pay even up to the last minute. If the management is not in suppprt, why would they pay lecturers?’ he said.