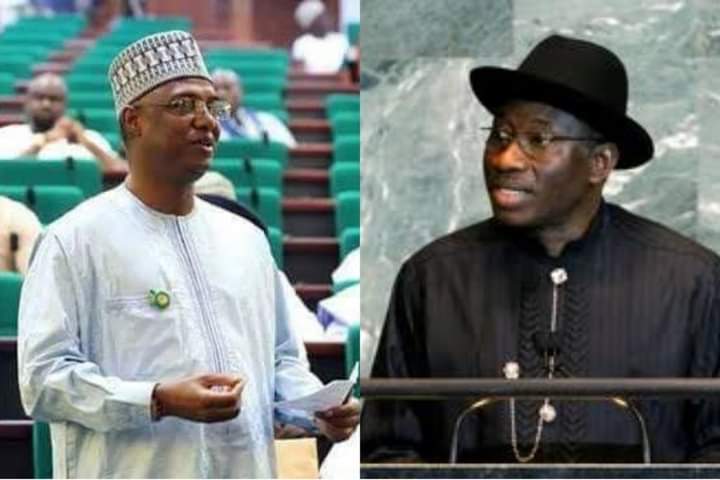 Aminu Shagari, a member of the House of Representatives, had apologised to Jonathan for supporting President Muhammadu Buhari to win the 2015 Presidential election.

Aminu said he apologised to Jonathan following what he described as Buhari’s inability to effectively tackle some of Nigeria’s challenges.

“Let me use this opportunity to tender a public apology to former President Jonathan and seek forgiveness because I helped to divide the Peoples Democratic Party and bring down his government, but, I have found out that what we thought about his stewardship was not entirely true.’

‘I expect President Buhari to also ask for forgiveness having found out that most of the things he accused my dad’s and President Jonathan’s administrations of are not true,’ he said.

Reacting to Aminu’s apology on Monday on his verified Facebook page, Jonathan thanked him for the apology, saying he never took offence.

He said his firm belief was that he was a pencil in the hand of God, saying he therefore had no enemies to fight because of his confidence that people could only do to him what God permitted.

Jonathan urged him to continue to emulate the humility of his father, a most detribalised Nigerian.

In his words: ‘Dear Honourable Aminu Shagari, Thank you for your apology. However, I never took offence. My firm belief is that I am a pencil in the Hand of God.’

‘Therefore, I have no enemies to fight, because of my confidence that people can only do to me what God permits. I urge you to continue to emulate the humility of your father, the late President Shehu Shagari, a most detribalised Nigerian. May God bless you.’