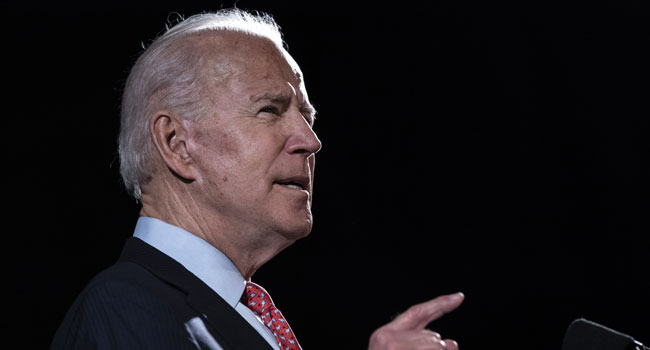 Democratic presidential contender Joe Biden called Tuesday for US pressure on Turkey to reduce tensions with Greece, after his previous criticism of President Recep Tayyip Erdogan caused a stir.

The former vice president, who leads President Donald Trump in polls ahead of the November 3 election, applauded efforts by Greece and Turkey to ease friction through talks.

“The Trump administration must press Turkey to refrain from any further provocative actions in the region against Greece, including threats of force, to create the space for diplomacy to succeed,” Biden said in a statement.

Tensions soared between the NATO allies after Turkey in August sent a vessel backed by military frigates to hunt for oil and gas reserves in waters claimed by Greece, which responded with naval exercises.

Turkey recently condemned Biden after he called Erdogan an “autocrat,” saying in a New York Times interview that the United States should “embolden” rivals to defeat him, although “not by a coup.”

Trump has developed a warm relationship with Erdogan, who has been Turkey’s pre-eminent leader since 2003, although Secretary of State Mike Pompeo last week also showed support for Greece on a visit.

In his latest statement, Biden also called on Erdogan to reverse his decision to convert Istanbul’s Byzantine-era Hagia Sophia back into a mosque, saying the former cathedral should remain a museum with “equal access for all, including the Orthodox faithful.”

The State Department voiced disappointment after Turkey made the change in July, although the US ambassador visited Hagia Sophia soon afterward.