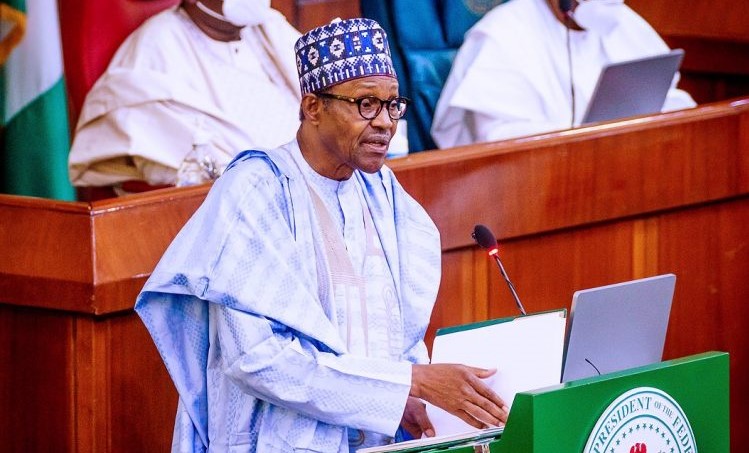 The federal government of Nigeria has ordered the removal of all university staff, who are yet to be on the Integrated Personnel and Payroll Information System (IPPIS), from its payroll.

Buhari, while addressing a joint session of the National Assembly on Thursday, confirmed that salaries of lecturers not enrolled on the IPPIS will be stopped.

Read Also: ‘IPPIS Is A Business Venture For Some Interest Groups’- ASUU

However, the president’s directive has been stamped and confirmed in a memo from the Office of the Accountant General of the Federation (AGF) with reference number OAGF/IPPIS/446/1/159 and dated October 8, 2020.

The memo titled ‘Stoppage of Salaries of University Staff that are yet to be Enrolled on IPPIS Platform’ read:

‘I am directed to inform you that any Staff of your Institution who has not enrolled on the Integrated Personnel and Payroll Information System (IPPIS), either as a result of Study Leave (with pay), maternity leave or on medical ground, will no longer appear on the IPPIS payroll with effect from November 2020 payroll except such Staff presents himself/herself for the biometric data capture at the Office of the Accountant-General of the Federation (OAGF), Abuja with an introduction letter/IPPIS Enrollment forms duly endorsed by the principal authorities of the institution.’

It added: ‘In addition, all supporting documents should include evidence of six months salary bank statement. In view of the above, kindly inform your staff in this category to urgently avail themselves for the biometric data capture at the OAGF.’

‘However, exemption may only be given where institutions provide evidence of study leave, stating the duration to
justify such persons being retained on the payroll.’

‘Please accept the assurances of the warm regards of the Accountant-General of the Federation.’

Meanwhile, The National President of the Academic Staff Union of Universities (ASUU), Professor Biodun Ogunyemi, had vowed that they will protect university autonomy with the last drop of their blood.

Ogunyemi in a statement titled ‘On President Buhari’s No IPPIS, No Salary’ explained that the directive was meant for civil servants and not university lecturers.

The ASUU president revealed that on January 9, 2020, they reached an understanding with President Muhammadu Buhari, to develop the University Transparency and Accountability Solution (UTAS), which will be sensitive to the operations of the university system, accommodate peculiarities, and respect autonomy.

Ogunyemi also claimed ASUU has spent millions of naira to develop the UTAS, which has been presented to the Federal Ministry of Education.

‘We are aware of the antics of bureaucrats, especially in the Office of the Accountant-General of the Federation, aimed at bringing universities under their control. ASUU will not fold its arms and watch the gains we made on the autonomy of Nigerian universities slip by.’

‘It took us several years of continuous struggle during the military to get here. So, let nobody hide under the name of President Muhammadu Buhari to attack the autonomy of public universities because Nigerian scholars are prepared to resist it to the last drop of their blood,’ Ogunyemi stated.